Remember a while ago when we informed you about the frame limiter that was hidden in Nvidia’s ForceWare drivers? Well, good news for everyone as the latest versions of both EVGA Precision and MSI Afterburner come with a new, Frame Limiter option. What is really interesting here though, is that the algorithm for this limiter is entirely different from the one found on the latest Nvidia drivers. This basically means that the Frame Limiter works with more games, with any NVIDIA driver version and any hardware (both AMD and NVIDIA). Yeap, that’s right AMD fans, you can use the frame limiter. Rejoice. Oh, and no more stuttering for our Nvidia friends!

We’ve discussed in the past the importance of limiting your framerate – especially if you own a low-end PC – so there is no reason to go through this again. So, here are some instructions in how to find and use the Frame Limiter in EVGA’s Precision program. Open Precision and go to the setting window and click on the OSD tab. From there click on “More” at the bottom and in the RivaTuner Statistics Server technology, click on the wrench icon. The Frame Limiter should be present at the new window that just popped-up. 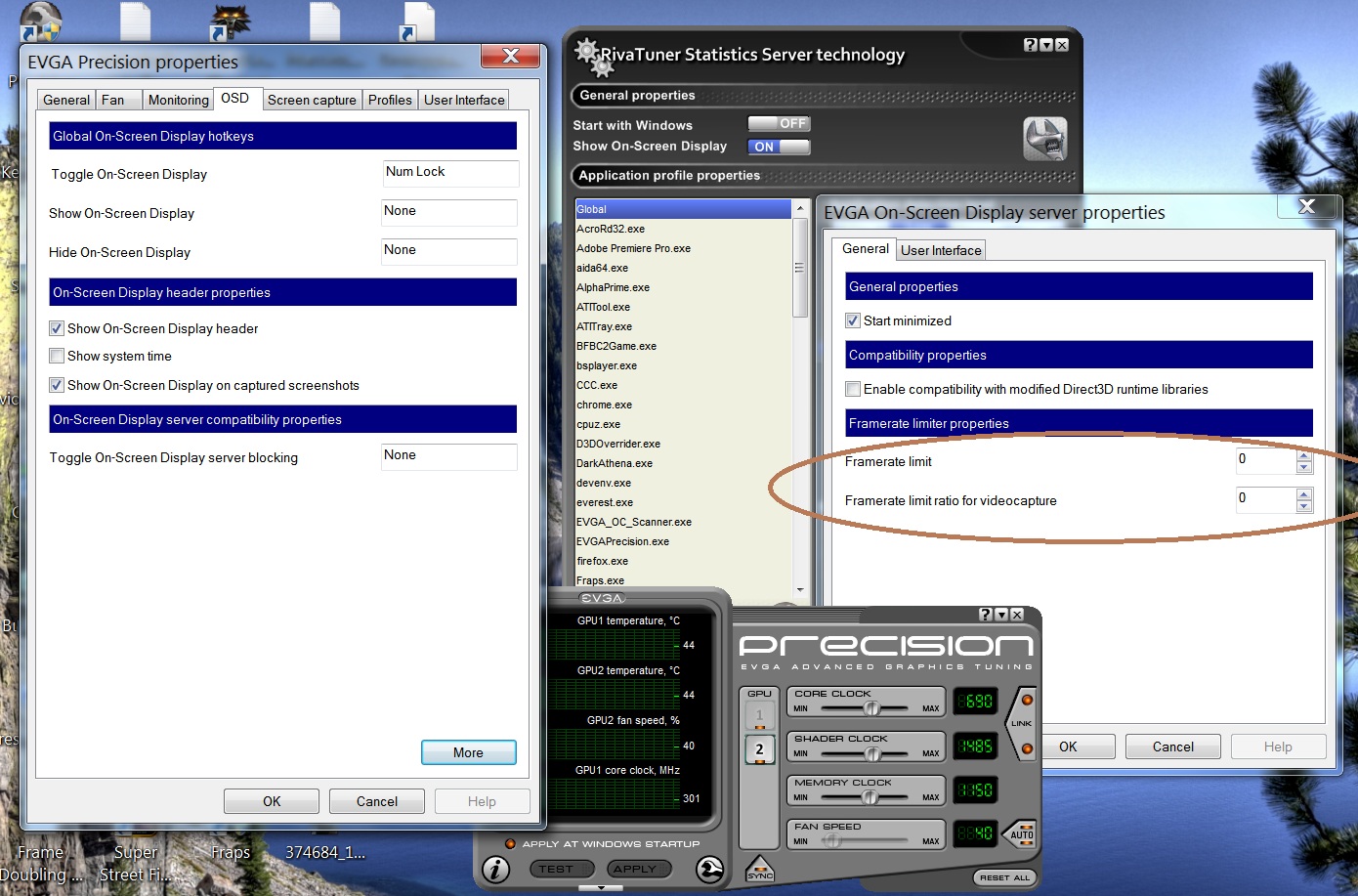