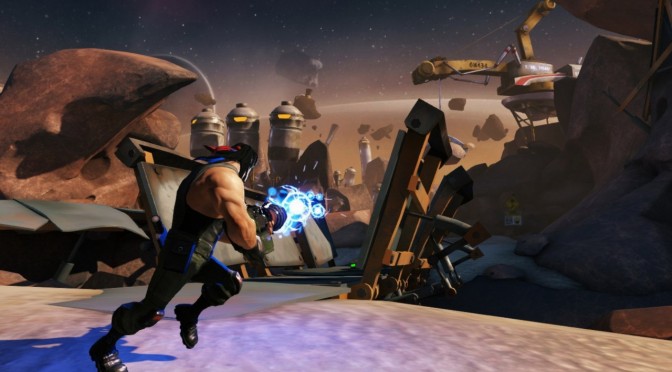 Edge of Reality today announced that Loadout will officially be available on Friday, January 31st. The development team has spent the last three years fine tuning the mechanics and embracing the maniacal and addictive nature of Loadout’s gameplay, ensuring their debut title will be ready for its highly-anticipated launch.

“After spending the last two decades contributing to the development of some amazing franchises, like Mass Effect, Tony Hawk’s Pro Skater, The Sims, and Dragon Age, Loadout is our studio’s first original IP, and we couldn’t be more excited to open it up to the masses. We started this as a passion project, working on it when we could, and trying to create something original and truly player friendly. What we’ve got now is a game that’s a blast to play, quick and easy to get into, and empowers players with insane amounts of customization.”

Loadout’s weapon-crafting system is said to be deep and there are over 44 billion possible creations to assemble, enabling players to transform weapon behavior in extreme ways.

Combining weapon-crafting with acrobatic movement and over-the-top comedic violence, Loadout is packed with personality and style that deliver a fresh and satisfying alternative to the vast array of modern combat shooters.

Loadout is currently in beta via Early Access on Steam. Loadout will officially be released for the PC on January 31, 2014.