Warner Bros, TT Games and the LEGO Group today announced the launch trailer of LEGO The Lord of the Rings for X360, PS3, Wii, Nintendo DS, Nintendo 3DS, PS Vita and Windows PC. In addition, the publisher has released a new set of screenshots that can be viewed below.

Family members of all ages will enjoy playing together in easy drop-in, drop-out co-op gameplay as they partake in the iconic Helms Deep Battle, explore The Shire, escape the fiery pits of Mount Doom, and battle against Shelob, the Nazgûl, and the Ringwraiths, all the while solving puzzles, collecting and using a variety of weaponry and magical items, including the Light of Eärendil, Elven rope, swords, and bows. 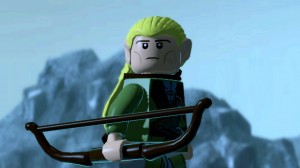