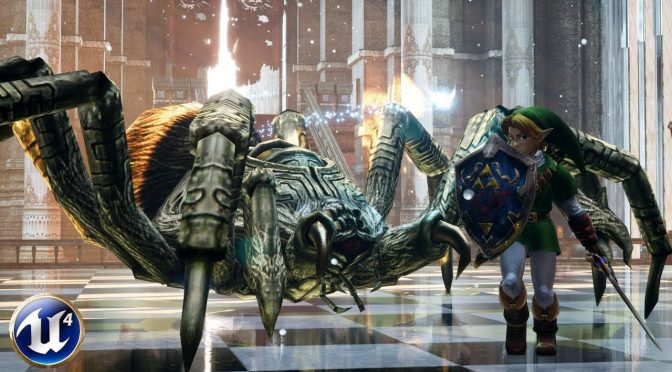 Remember the Legend of Zelda Wii U tech demo that Nintendo showcased back in E3 2011? Well, Aklar_45 has recreated that tech demo in Unreal Engine 4, and has released it to the public. So yeah, while Wii U and Switch owners won’t get a Zelda game looking as good as that tech demo, PC gamers can at least get a taste of it.

As said, this is just a tech demo and nothing more. In the past we’ve seen other Zelda Unreal Engine 4 demos from CryZenx, and this is a bit similar to it. In other words, don’t expect a full fledged game or anything like that. This demo will let you fight Armogohma inside a temple.

Given the fact that a single guy has created this, you can expect some polishing issues here and there. For example, Armogohma’s animations are a bit stiff. Still, we are pretty sure that Zelda fans will appreciate it.

Those interested can download this Zelda Unreal Engine 4 tech demo from here. We all know that Nintendo is against such recreations, so we strongly suggest downloading while you still can.

For comparison purposes, we’ve included below the original E3 2011 Wii U tech demo of Zelda and a video from this remake in Unreal Engine 4.