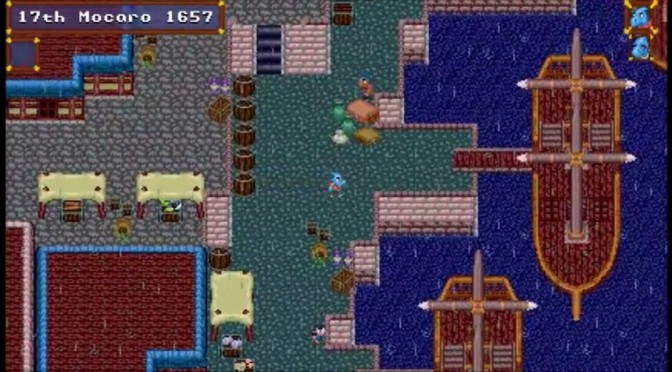 Grandpa Pixel has launched a Kickstarter campaign for its upcoming JRPG title, Legena: Union Tides. Legena: Union Tides is described as a classic JRPG that features a traditional JRPG combat system with a dynamic turn system, a variety of characters, monsters and dungeons.

In addition, the game will also pack new features such as the weather which effects the battles, feathers that allow the heroes to equip a variety of skills as well as a morale feature that rewards player choice, as well as a difficulty grid to allow anyone from beginners to pros to play the game.

Grandpa Pixel aims to raise £5K in the next 29 days.

The game will hit Windows 7 & 8, Android, OUYA and GameStick with iOS devices as a stretch goal in 2015, and there is a PC demo for you to try.

-With a dynamic turn based combat system, you will always know who is going to strike next.
-Change the weather in battle to gain the advantage. Find the foe’s weakness and exploit it all you can!
-Equip Feathers to acquire new abilities and power up existing abilities. They won’t know what hit them…
-Make your choices and motivate your allies, kill your enemies and make the right decisions as heroes.
-Explore the islands of Dynol and the desert of Vesira. Find interesting towns, dangerous dungeons, surprising secrets and unusual sights.
-Make it a tougher meal to chew by increasing the difficulty via the Difficulty Grid…