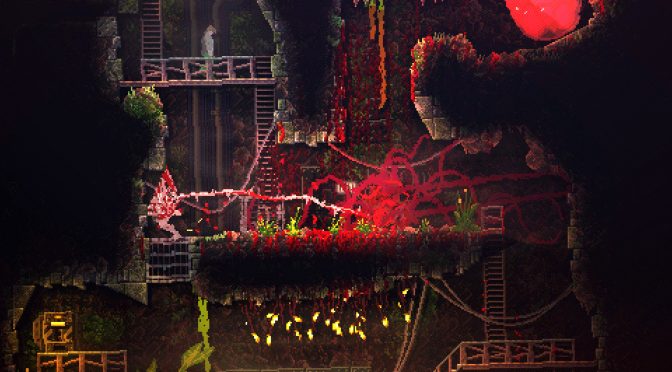 In CARRION, players will stalk and consume those that imprisoned them to spread fear and panic throughout the facility.

Players will grow and evolve as they tear down this prison and acquire more and more devastating abilities on the path to retribution.

CARRION releases on later today. Moreover, there is a free demo that you can download from Steam.