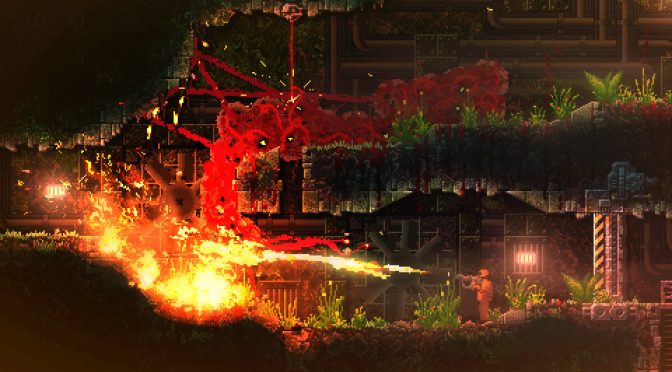 Back in 2019, we informed you about a new reverse horror game, Carrion. And today, we are happy to report that this lovely 2D game will release on July 23rd. Furthermore, Devolver and Phobia Game Studio have released a free PC demo that you can download right now.

In Carrion, players will stalk and consume those that imprisoned them to spread fear and panic throughout the facility. Players will grow and evolve as they tear down this prison and acquire more and more devastating abilities on the path to retribution.

You can download its “Sneak Peek” PC demo from here.

Lastly, and in order to celebrate the game’s release date announcement, the publisher released a new gameplay trailer. Thus, we strongly suggest watching it, especially if you don’t want to download its demo.