It appears that Kingdom Come: Deliverance is a huge success for Warhorse Studios. In less than a month, the game has sold one million copies on all platforms. Furthermore, the team released a new hotfix patch for it.

“We’re about one million when I count all the platforms and distribution channels. We certainly thought about one million. The number is surprisingly positive, but it’s not something we thought we could not achieve.”

According to Steamspy’s data, 45% of the game’s sales are coming from the PC/Steam version (though this number may be higher as Steamspy’s data is around 3-4 days behind the real sales). 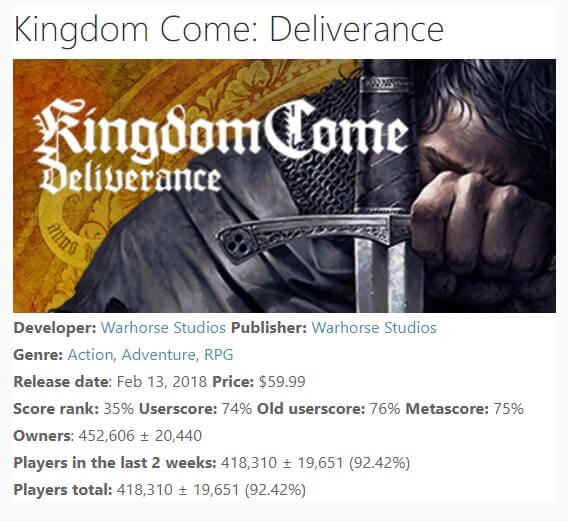 As said, Warhorse has also released a hotfix patch for Kingdom Come: Deliverance that fixes some issues and is currently working on a brand new patch. Below you can find the changelog for the hotfix 1.2.5.