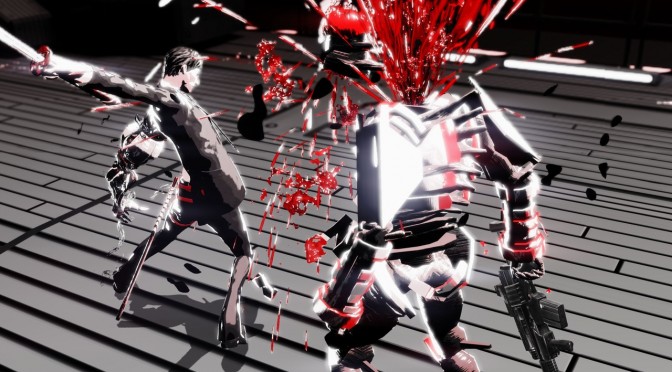 Deep Silver today announced that Killer Is Dead is making its way to PC. The “Killer Is Dead – Nightmare Edition” will be available for retail and digital download from May 9th 2014 and feature exclusive extra content. The price will be 19.99 EUR/USD/GBP.

· New difficulty mode called Nightmare Mode. In this mode, enemies can only be defeated using the following attacks: Adrenaline Burst, Dodge Burst, Headshots, so the gameplay requires far more skill and tactics. Players will not be able to use the Final Judgement finisher (QTE mode) to defeat enemies.
· Smooth Operator Pack for console will be included and unlocked after Episode 3.
· Theater Mode – Rewatch cutscenes and get extended background information on characters, helping to unravel the story after your 1st playthrough

Killer Is Dead is set in a not-so-distant future similar to (but not the same as) the world we know now. The player takes control of an executioner named Mondo Zappa who wields a Japanese sword in his right hand and brandishes interchangeable weapons in his left artificial arm. His ultimate goal is to execute various heinous criminals scattered around the world and beyond.