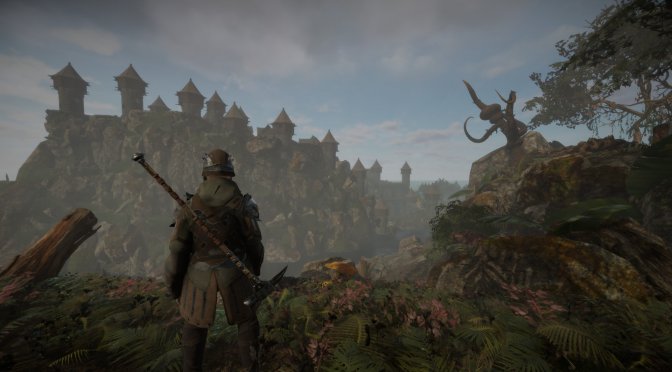 Peakway Software has announced Isles of Adalar; an open world single player/co-op fantasy RPG that is coming to the PC in July 2020. In order to celebrate this announcement, the team has released the game’s debut gameplay trailer.

Isles of Adalar is one part RPG one part RPG maker as it ships with an integrated level editor and Steam Workshop support. Therefore, users will be able to mod the existing content or create their own.

“We are going to be actively working to build up a creative community around our game. This starts with making tools as user friendly and efficient to use as possible so that small teams of only a handful of people can make large scale campaigns. But in addition to the tools we will also be giving players extra content that is not used in the base game so that their campaigns can feel unique. This will range from environmental biomes, to different styles of architecture and even new enemies.”

The game will feature both a first-person and a third-person perspective. Furthermore, choice and consequence will be at the core of its dialogue system. The game will have a hybrid (mostly) text based system that features non specific voice lines for NPCs. In addition, the player can assign multiple personality traits to their character and these traits will give unique responses.