It appears that Intel’s roadmap has been leaked online. According to this leak, Intel will not launch any new architecture for the mainstream desktop in 2018. As such, gamers should not expect a new 10nm or an Ice Lake CPU in 2018.

At the end of next year, Intel will start replacing the Skylake-X with the Cascade Lake-X CPUs. However, there is no word about Ice Lake or Cannonlake. Moreover, there is nothing new for S Processors (this is what gamers should be focused on). What this basically means is that, if this roadmap is to be believed, Intel will not release a new architecture for desktop CPUs in 2018. 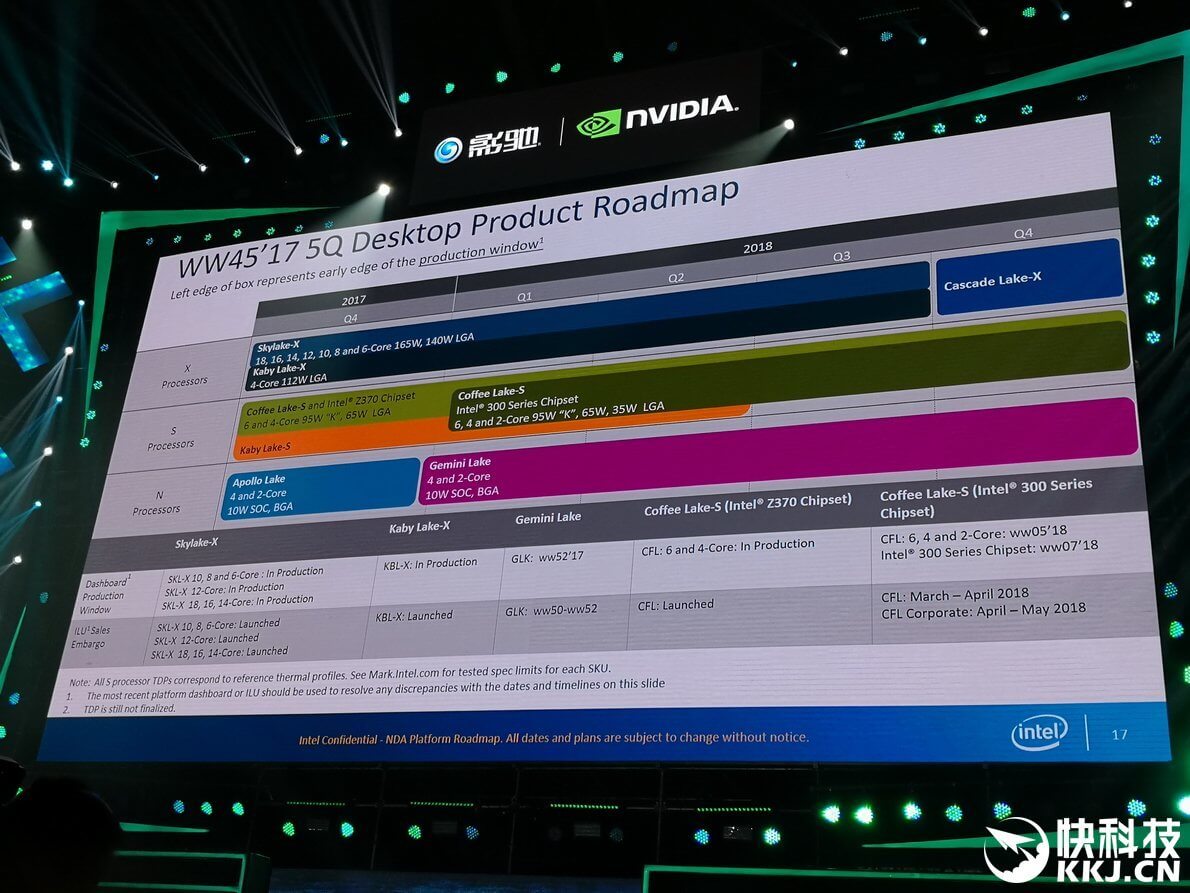 As such, those gamers that were on the fence – regarding a future CPU upgrade – won’t have anything to look forward to. Okay okay, Intel will release some new Coffee Lake CPUs (dual-cores and other models for 300 series). However, these CPUs do not target enthusiast gamers.

On the other hand, AMD will most likely release the Ryzen 2 CPUs in 2018. Therefore, it will be interesting to see whether the red team will be able to come closer to Intel’s gaming performance. AMD has a chance here, so here is hoping that it will seize this rare opportunity!