In case you didn’t know Intel’s unreleased Core i9-10850K desktop processor was spotted few weeks ago, with geekbench entries of this CPU being listed as well, along with the specs.

Now, the same CPU has been spotted on Digital Storm’s official webpage, confirming the chip’s existence. However, the question still remains whether this processor is an OEM-exclusive chip, or it might end up hitting the retail shelves as well. This leak originates from Digital Storm (via Momomo_US, and Wccftech) where the chip can now be found listed under the Digital Storm’s prebuilt system configuration webpage, along with the specs and expected pricing.

Like other Comet Lake-S processors, the Core i9-10850K is based on Intel’s 14nm process node. This processor first surfaced with a 3.6 GHz base clock and 5.2 GHz boost clock. And now, Digital Storm has the processor listed with the same clock speeds. The specifications seemingly confirm that the Core i9-10850K is nothing more than a Core i9-10900K with a 100 MHz slower base clock, and without the Thermal Velocity Boost (TVB) feature.

The specifications reported earlier were correct and the Core i9-10850K will indeed feature a 100 MHz lower clock speed for both the base and boost frequencies. Assuming that this chip isn’t an OEM-only part/SKU, Intel might be readying a Comet Lake refresh to ward off AMD’s recent Ryzen 3000XT lineup. We don’t know for sure whether this processor will come to the retail market though, but the part does look promising.

To put this in a nutshell, the Core i9-10850K is technically speaking a Core i9-10900K with a 100 MHz lower base clock value, and without TVB. We can’t fully discard the fact that the Core i9-10850K is for Intel’s OEM clients, but this seems unlikely given that the processor is a K-series unlocked chip. Unless of course some brand is planning to offer an overclockable prebuilt system, I don’t see the Core i9-10850K being an OEM-only SKU. This processor should hit the retail shelves, hopefully. 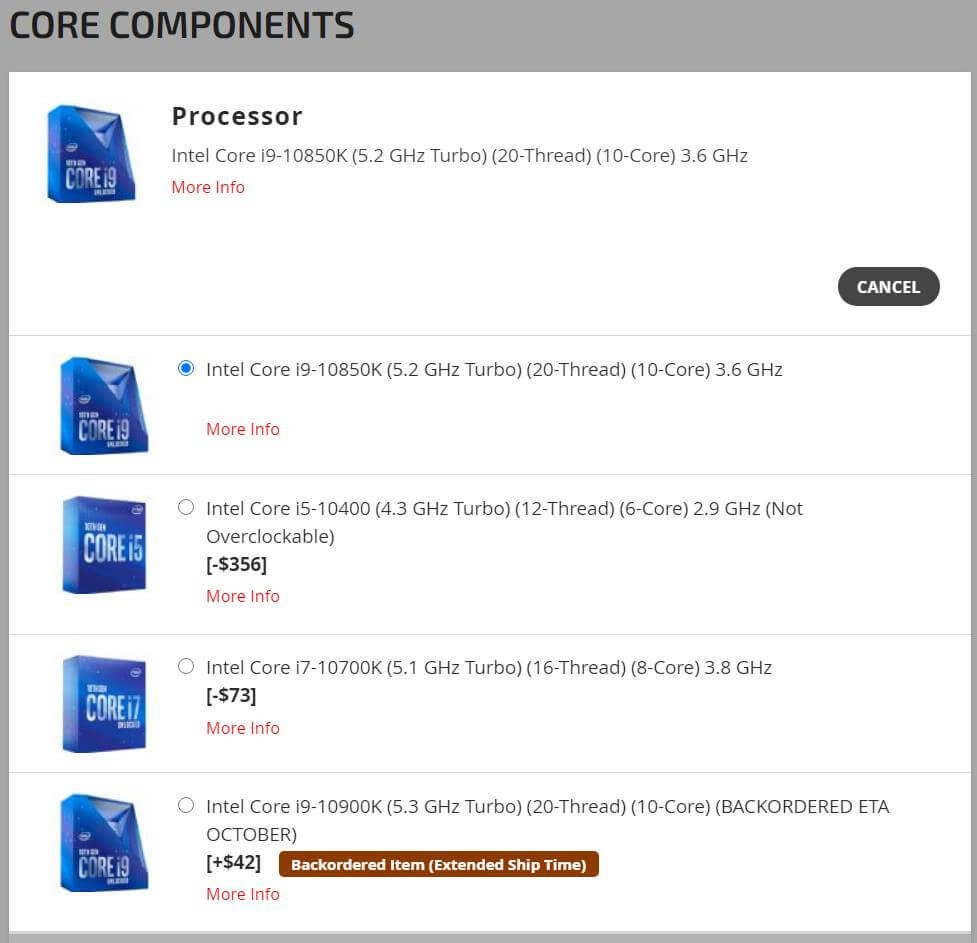