The Intel Core i9 10900K is the next high-end desktop CPU that will come out later this year. And according to Intel’s leaked document, this CPU will be up to 30% faster than the Intel Core i9 9900K.

This slide was leaked by Weibo’s member MebiuW. Unfortunately, though, the slide contains only synthetic and not any PC gaming benchmarks. 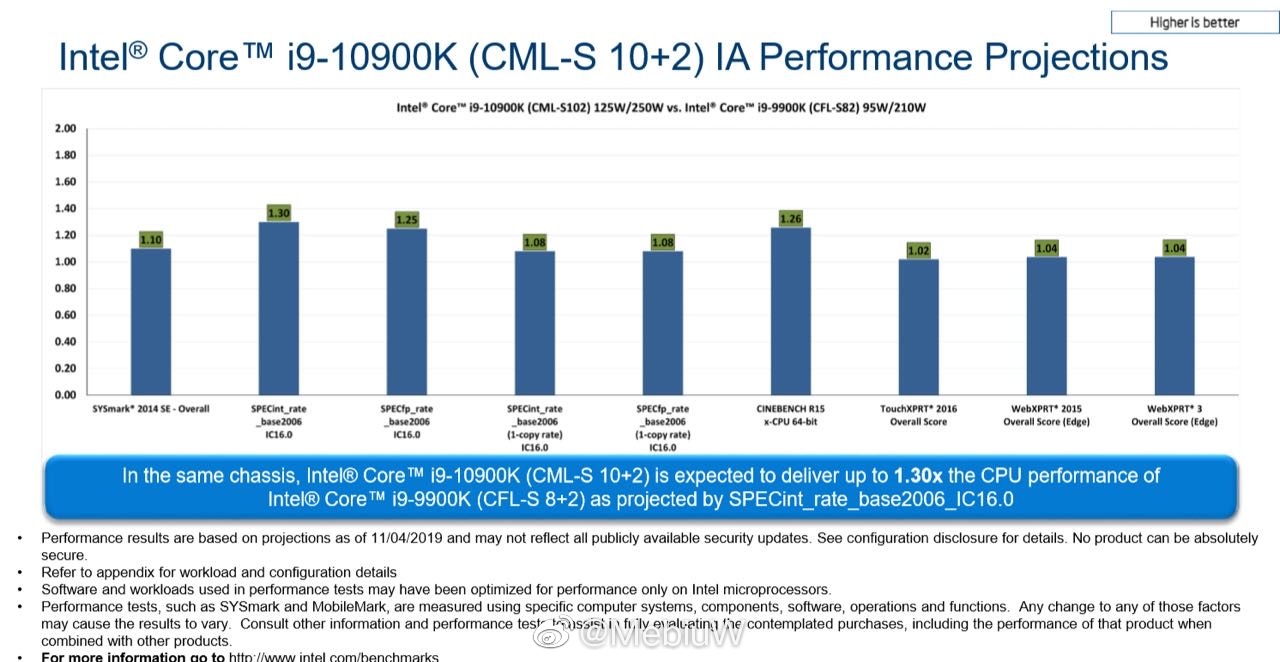 Going into more details, the Intel Core i9 10900K will be 30% faster in SPEC and 26% faster in Cinebench. Intel’s new desktop CPU also promises to be 10% faster in SYSMark. On the other hand, the performance difference in TouchXPRT and WebXPRT will be minimal.

According to the previous leak, the Intel Core i9 10900K will feature 10 CPU cores and will support 20 threads. It will also have an all-core turbo boost of 4.8Ghz. Therefore, it will be interesting to see whether there will be any significant performance improvements in PC games at 1080p.