It appears that INTEL might be launching more Comet Lake S processors which belong to the 10th Gen family. This was spotted by @momomo_us on Twitter. Intel has plans to introduce more processor variants in its Comet Lake lineup.

Several ‘Unannounced’ Core i9 Intel KA-series CPUs have been spotted in a retail listing on some European Stores. But all the SKUs are listed as Core i9 parts. From the listing as spotted in European stores, it appears that the KA series are going to be cheaper than the previous K series of processors. Though, some stores are listing them as more expensive than the K counterparts, but my guess would be that the pricing will sit in between the K and KF series.

However, these processors are listed with the Core i9 moniker, so I doubt their authenticity, since it doesn’t make sense for Intel to brand the Core i7-10700K and Core i5-10600K as Core i9 parts given their CPU core counts. We don’t know what KA actually stands for, so for now, take these listings with a grain of salt. The K series are unlocked processors, and Intel’s F chips come without integrated graphics built into the silicon, however, KA is a new one. But we can assume for the time being, the KA series of CPUs are going to feature slightly lower boost clock speeds, though this hasn’t been confirmed yet.

On some other news, Intel is also expected to unveil its new 10-core Core i9-10850K processor this Monday. We have seen this new SKU listed before as well. This leak comes via QuasarZone. 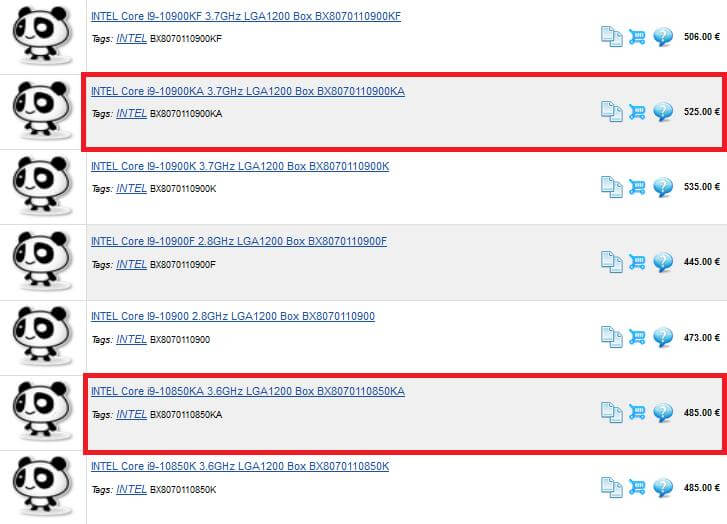 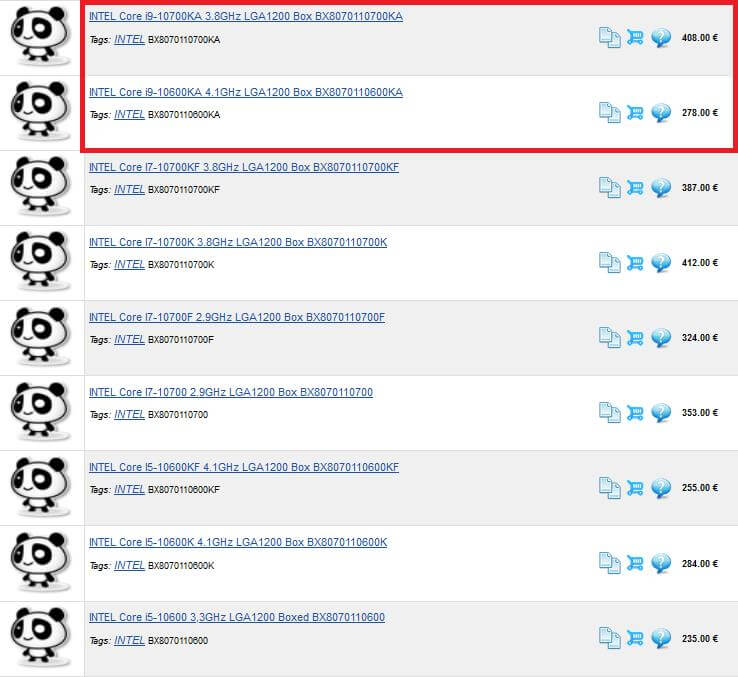