Intel has recently issued a new product change notification (PCN) in which the company has announced the discontinuation of its 9th Gen Core X series “Skylake-X” HEDT processors. The new PCH applies to all the Skylake-X processors based on the ‘LGA2066’ socket as well as the Xeon W-2000 series workstation processors, which also use the same socket, and are based on a similar IP.

This discontinuation doesn’t come as a surprise, since Intel has already had its 10th Generation ‘Cascade Lake X’ chips on the market for quite some time, which includes the flagship extreme Core i9-10980XE.

All these SKUs will be slowly removed from the shelves. From January 22, 2021, Intel will no longer take any more orders for these processors.

Discontinuation announcement start date is July 9, 2020, and the last product discontinuance shipment date is July 9, 2021. The last orders for these chips will be taken on January 22, 2021, which are non-cancellable and non-returnable. This only applies to distributors, retailers, and end-users still protected by the product warranty and consumer laws in their countries, regardless of the purchase date. The last orders will ship before July 9, 2021.

The reason for the cessation of the CPUs is a simple generational change, because the successors in the form of Cascade Lake-X (Core 10000X) have long been in the market.

To quote ‘ComputerBase’, via translation:

“Just over three years ago, Intel launched the Skylake-X CPU family, which was supposed to provide the AMD Ryzen Threadripper Paroli. The debut with Core i7-7800X and Core i9-7900X initially disappointed with poorer game performance than its predecessor. In the first duel with the Threadripper 1950X with 16 cores, Intel’s Core i9-7900X had to be beaten with only ten cores. Only with the 18-core flagship Core i9-7980XE was the recapture of the performance crown, but at a high price of at that time unmatched 2,000 euros.

At the end of 2018, however, Intel swam away the skins in the HEDT sector, as the Skylake-X Refresh, which once again has a maximum of 18 cores with the Core i9-9980XE, had the benefit of AMD’s second generation of Threadripper with up to 32 cores in applications and especially in terms of price-performance ratio. This was followed by a drastic reaction from Intel, with the price of Skylake-X partially halved.” 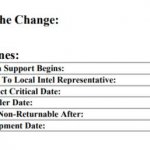 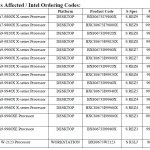 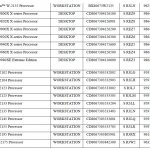