During its Architecture Day 2021 event, Intel revealed that its upcoming Alder Lake CPUs will offer a 19% IPC increase over its Rocket Lake CPUs. This falls in line with the previous leak which suggested a 20% IPC boost. 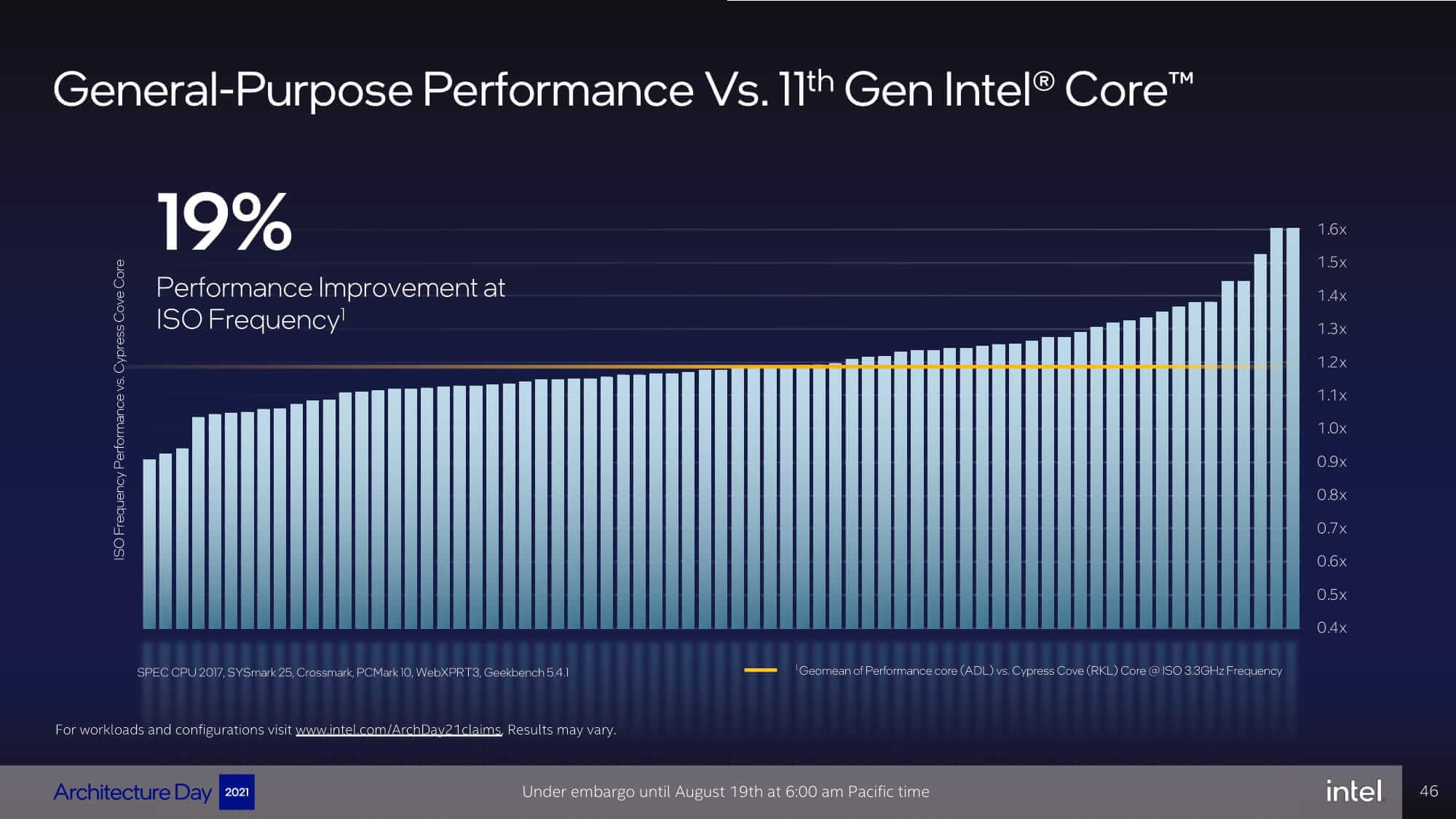 According to the official slides, Alder Lake will support both DDR4 and DDR5. Moreover, it will support PCIe 5.0. 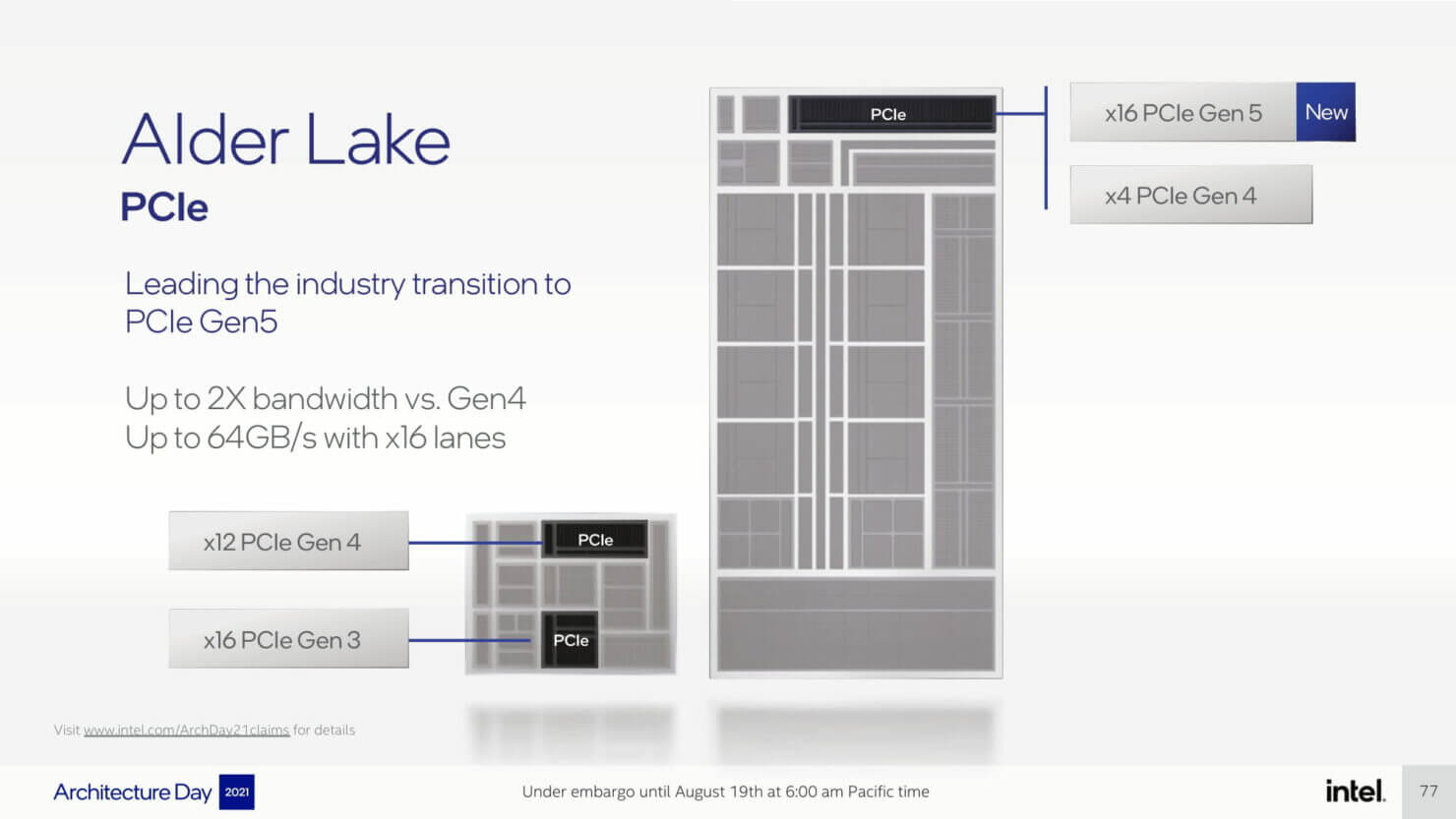 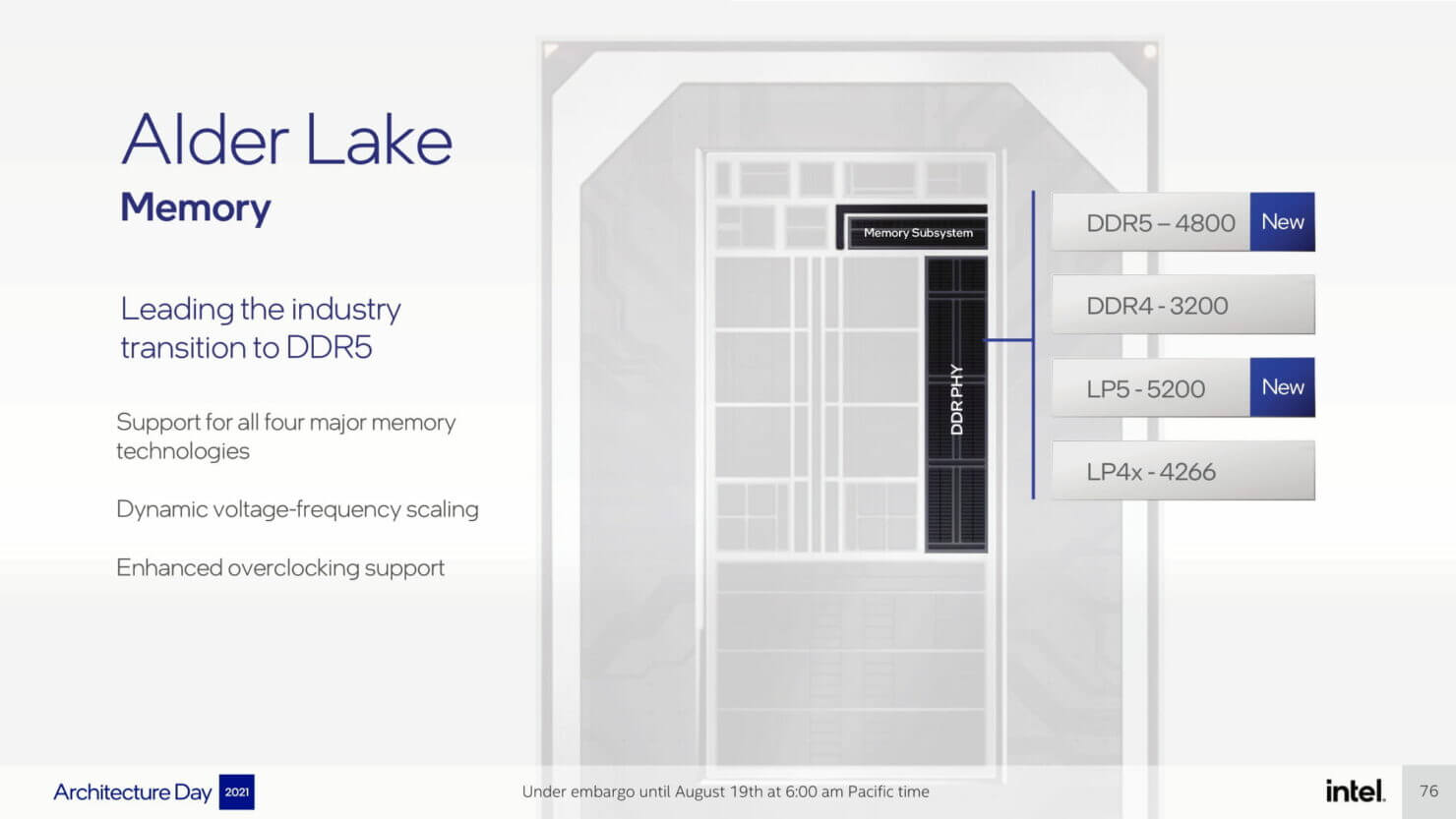 Intel Alder Lake will feature CPUs with up to 16 cores and up to 24 threads. 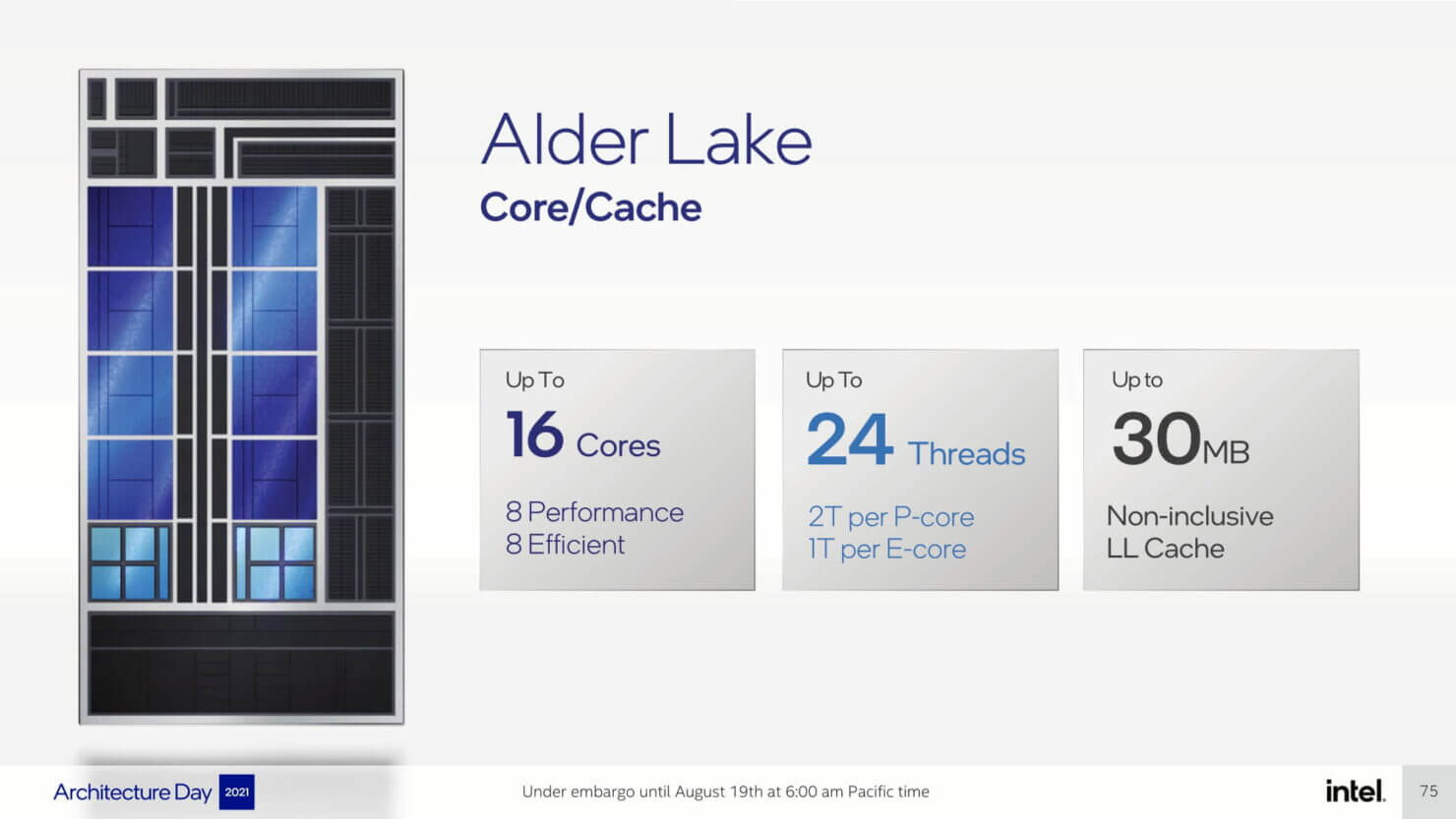 Intel did not reveal any additional details, though we expect these new CPUs to come out later this year.