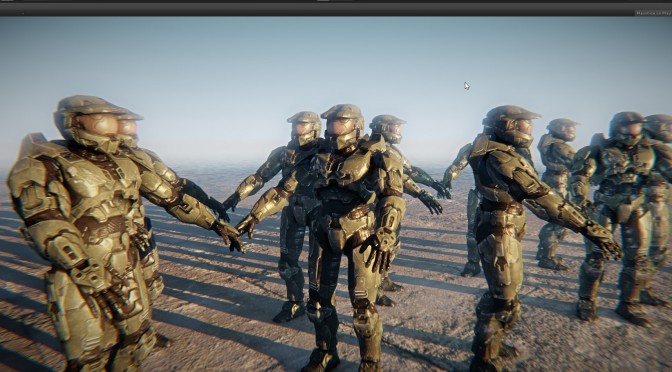 YouTube’s ‘TheChunkierBean’ has released a pre-alpha gameplay teaser for Installation 01; a new Halo fan game for the PC, Linux and Mac that will be available for free. This project originally started in 2013, and the game will be most probably powered by the Unity Engine.

“Installation 01 is a fan game created by Halo fans from all over the world. The aim of this project is to be both an artistic tribute to Halo and a fun way to experience Halo on PC, Mac and Linux free and legally. Our primary goal is to recreate the multiplayer experience of the Halo trilogy, bringing in features from all Halo games to make the ultimate multiplayer sandbox”

Now I know most of you will be wondering whether Microsoft will send the team a C&D letter. Well, it appears that the team will be able to avoid such a thing as everything used in Installation 01 will not use any assets from the Halo games.

“We are abiding by Microsoft’s Fair Use Policy and their Game Content Usage Rules. Everything in the game is fan created and can be legally downloaded and distributed in accordance with the Game COntent Usage Rules. We are not out to make any money, even to cover costs. The work is all a labor of love, our team gets nothing in return except the satisfaction of making the ultimate Halo tribute, and some portfolio building.”

Enjoy the pre-alpha gameplay teaser and stay tuned for more!