While there were rumours regarding a SUPER variant for RTX2080Ti, NVIDIA has not confirmed whether such a GPU will come out. However, INNO3D has listed the RTX2080Ti SUPER on its promotion page. Therefore, INNO3D has either leaked a new GPU or made a silly mistake.

Similarly to EVGA and MSI, INNO3D is an NVIDIA board partner. And as we can clearly see on its bundles for Call of Duty: Modern Warfare, Control and Wolfenstein: Youngblood, INNO3D has listed a new RTX2080Ti SUPER GPU.

Now this could be just a typo and nothing more. As such, we are marking this story as a rumour (at least for now). Also, and after a closer examination, it appears that this is indeed a mistake from INNO3D’s part.

Take for instance the promotion for Control and Wolfenstein: Youngblood. This promotion ran from July 9th until September 16th and had listed the RTX2080Ti SUPER. It is October now and this particular GPU is nowhere to be found. So, how could anyone get an RTX2080Ti SUPER and be eligible for this promotion? 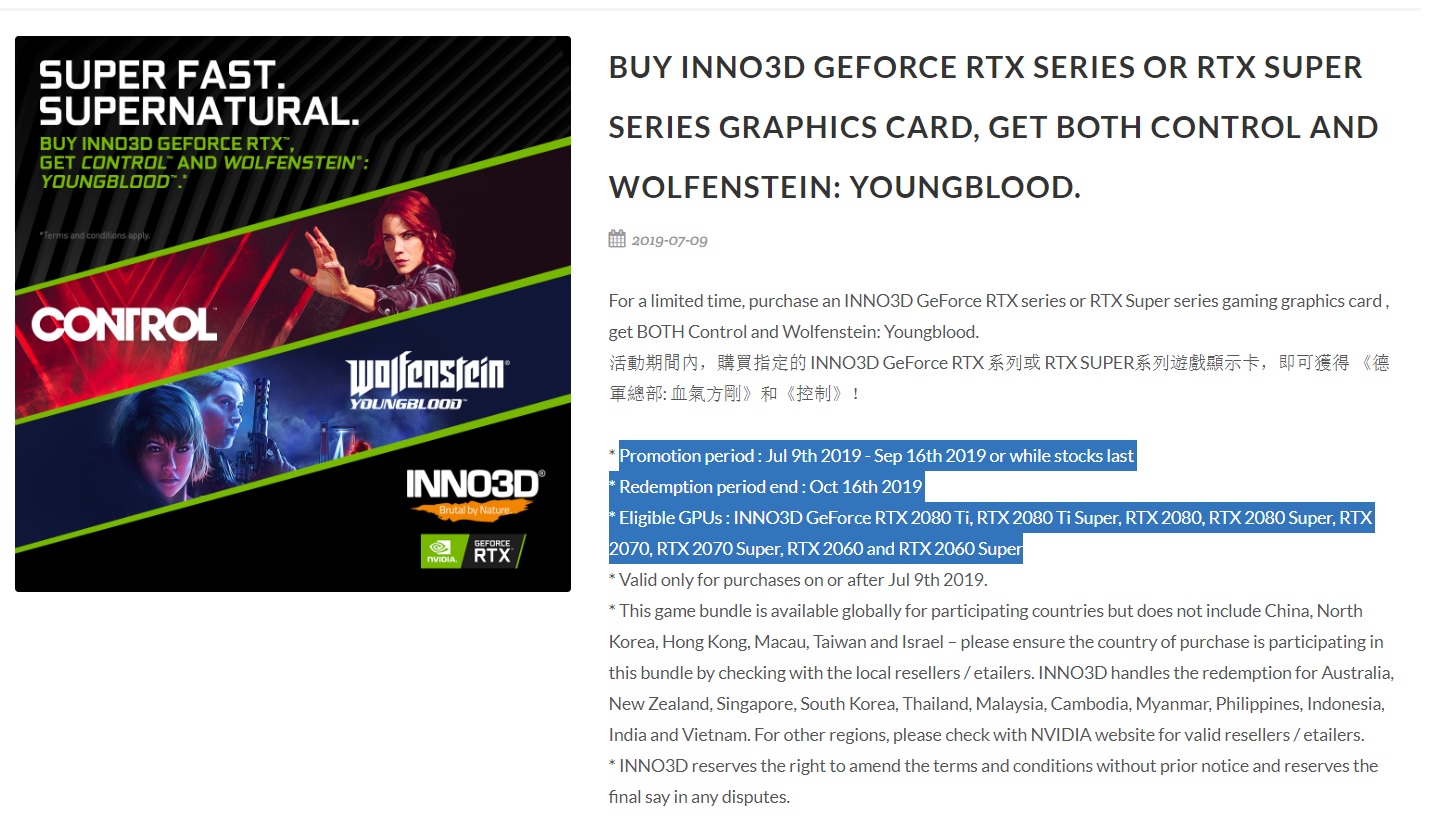 INNO3D and NVIDIA have not commented yet on this story. Still, I’m almost convinced that this is a simple mistake and nothing more.

We’ll be sure to keep you posted!