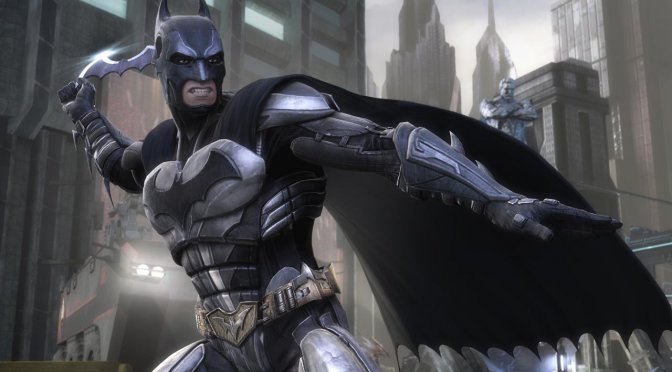 Be a hero while playing with friends and family. Injustice: Gods Among Us is available for free now on @Xbox, @PlayStation, and PC until June 25! #playathome #playtogether pic.twitter.com/8KP8nOJC9D

Injustice: Gods Among Us Ultimate Edition is an enhanced version of the original game. Featuring six new playable characters, over 30 new skins, and 60 new S.T.A.R. Labs missions, this edition packs a punch. In addition to DC Comics icons such as Batman, The Joker, Green Lantern, The Flash, Superman and Wonder Woman, the latest title from the award-winning studio presents a deep original story. Heroes and villains will engage in epic battles on a massive scale in a world where the line between good and evil has been blurred.

The free DLC included in Injustice: Gods Among Us Ultimate Edition, includes fan favorites Lobo, Batgirl, General Zod, Martian Manhunter, Zatanna, as well as Scorpion. In addition, more than 40 extra character skins and 60 S.T.A.R. Labs Missions, originally offered as DLC, are now available from the start of the game.

Do note that Steam currently has a caching issue. While the search bar states that the Injustice is free, its Steam store page does not have it as a free title. As such, you should not get it until Warner Bros and Valve fix this bug.