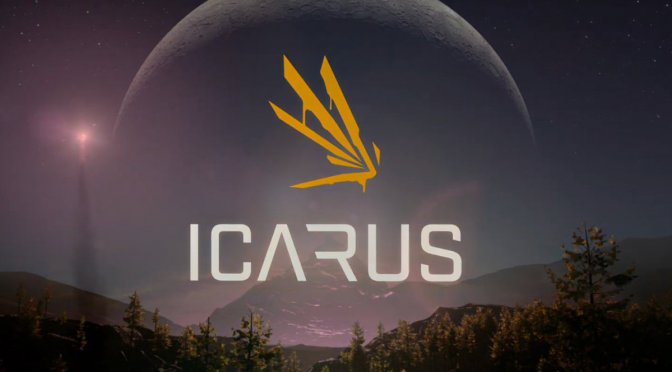 Icarus is a science fiction cooperative survival game from the developer Dean Hall, who you might know from the infamous DayZ. The game will be free-to-play, and unlike DayZ it will not be open-ended, instead it will be a session-based game.

There is a space station orbiting an alien place, and that is your starting point. The game allows you to invite your buddies at the station, and together you can prepare for a planetary drop. Players can choose a contract to complete, and every contract has different requirements.

The main objective in Icarus is basically to find materials and bring them back to your station. These materials can be used in various ways, such as unlocking new technologies, improving your space station, crafting vehicles, and more.

These contracts could take half an hour to complete, or up to forty-eight hours. Be advised that those are real-time minutes and hours, meaning that some contracts may need multiple sessions in order to be completed.

You can watch the Icarus reveal and interview from the PC Gaming Show below.

The game is also featuring perma-death, meaning if you die you will lose everything, including your progression. According to Hall, players can revive and heal each other.  However, if a player is late, the drop ship will leave the player behind, which ultimately means death.