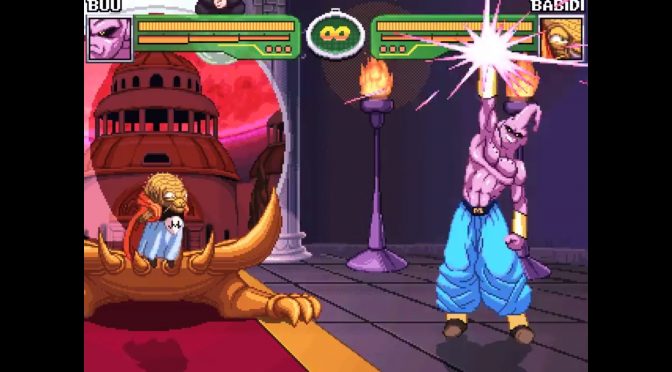 Team Z2 has released a new version of the free fan-made 2D DBZ fighting game, Hyper Dragon Ball Z, that adds a new character to its roster, and this new character is no other than Buu. The team has also included in this new version a detailed movelist for Buu (in the character’s folders) so we strongly suggest reading it before playing the game.

Team Z2 has also announced that it is currently working on Cell, so it’s pretty safe to assume that Hyper Dragon Ball Z’s next version will include him.

In case you weren’t aware of, Hyper Dragon Ball Z is a MUGEN 2D DBZ fighting game that looks fantastic. And to be honest, this could have easily been the best 2D game if it wasn’t for the recently announced Dragon Ball FighterZ.

Still, and contrary to Bandai Namco’s title, this is a free game so we are pretty sure that DBZ fans will appreciate it, especially those that loved the old DBZ games for SNES and Genesis.