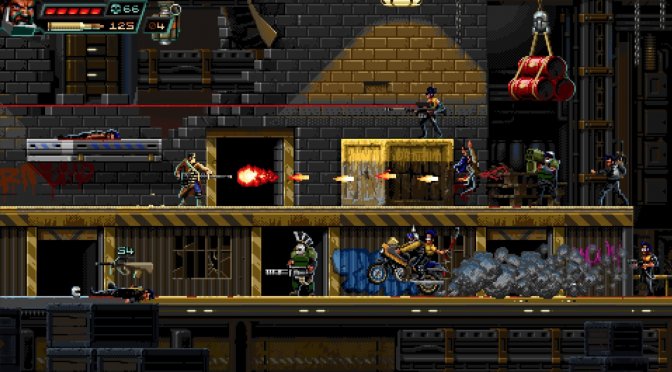 Coffee Stain Publishing and Easy Trigger Games have launched their 80s inspired bounty hunting pixel art action game, Huntdown. Huntdown is a retro platformer playable solo or in local two player co-op. Moreover, the publisher has released the game’s launch trailer that you can find below.

Set in a bleak dystopian future where gangs rule the streets and the authorities are toothless, you play as three antihero bounty hunters tasked with taking back the streets and cashing in on your killer instincts.

The good news with Huntdown is that it looks absolutely retro-gorgeous. The bad news – at least for some – is that it’s exclusive to Epic Games Store.