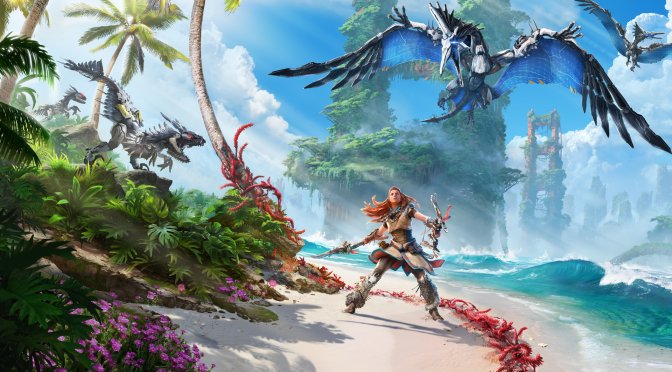 December 2022 is the month of leaks. In just a month, we got the source code for Mortal Kombat 2 Arcade, as well as leaked builds of PREY 1995, and Halo 3. And the next game on the list is no other than Horizon Forbidden West.

While we won’t be sharing any links to the leaked alpha build, I’m pretty sure that most will be able to find it. This alpha build comes with a Debug Menu Unlock Code that can be unpacked with PKGEditor. Thus, modders/hackers can take a look and archive, collect and examine the game’s alpha content.

In theory, this alpha build should be playable on a jailbroken PS4. However, and for PC gamers, I don’t believe this is THAT interesting. After all, there is currently no way to play it on PC.

Unfortunately, there is no video of this leaked build (or a video comparison between it and the final/retail version).

For what it’s worth, Horizon Forbidden West was on the GeForce Now leaked list. Thus, we may soon get a native PC port of it (theoretically in 2024 or 2025).