E-One Studio, an independent game developer, today announced that its first PC adventure game, Hoodwink, is now available on Origin. Plunging players into the dysfunctional dystopian world of Global-01, this post-epidemic adventure title puts players in control of Michael Bezzle, a small-time thief trying to make good and impress the girl of his dreams in a battered megalopolis.

However, the all-powerful corporation Unicorp has other ideas, and set against a retro-futuristic backdrop, you’ll have to deal with bureaucracy, ruthless lawmen, chocolate-loving cyborgs and a vicious killer plant before you settle with the girl. Featuring challenging puzzles and a bizarre cast of characters, Hoodwink is filled with intrigue, conspiracy and a good dose of mischief.

Chris Kuok, known fondly as CK in the studio said:

“Hoodwink was a load of fun to work on. With a mix of acidic humour inspired by Grant Naylor’s Red Dwarf and Terry Pratchett’s Discworld, anyone looking for a good time will find plenty in our comical tale.”

Hoodwink is a classic comic adventure game that is deployed through the E1 game engine which delivers atmospheric cel-shaded graphics that bring the murky backstreets of Global-01 to life. The game is further enhanced by a haunting soundtrack from award-winning composer Leon Willett. 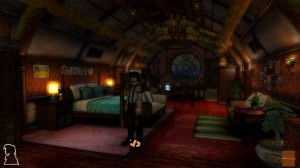 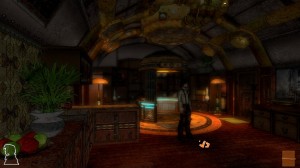 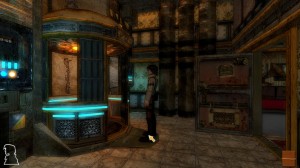 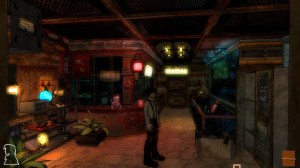