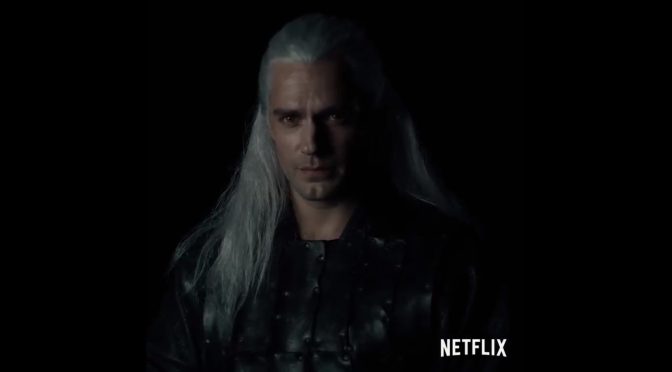 We don’t usually share this type of stories but I’m pretty sure that a lot of The Witcher fans are looking forward to the Netflix series that will be coming out in 2019. And today, Netflix has just released a video, giving everyone a first look at Henry Cavill as Geralt.

Get your first look at Henry Cavill in The Witcher! pic.twitter.com/1O2eWS1MkP

Do note that this live adaptation of Geralt is based on the books and not on the latest game from CD Projekt RED. In other words, you should not expect any beard as Geralt hates beards in the books.

Overall, this live adaptation of Geralt appears to be good. It’s not perfect or ideal as there aren’t any scars and his eyes aren’t similar to the cat-ish eyes we are used to (my guess is that Netflix will add the ‘cat/witcher‘ eyes via CGI), but it’s good.

As said, the series will air in 2019 so it will be interesting to see whether it will be better than the anime-to-live action movies that Netflix produced in the past (Death Note, that’s all I have to say)!