Gearbox has revealed the official PC system requirements for Godfall. According to the company, Godfall will officially support only Windows 10, and will require at least an Intel Core i5 6600 or an AMD Ryzen 5 1600. Moreover, PC gamers will need 12GB of RAM and an AMD Radeon RX580 or an NVIDIA GeForce GTX1060.

Godfall releases on November 12th and will be timed-exclusive on Epic Games Store. The game will also not have an offline mode and will require an internet connection to play.

Below you can find its full PC system requirements. 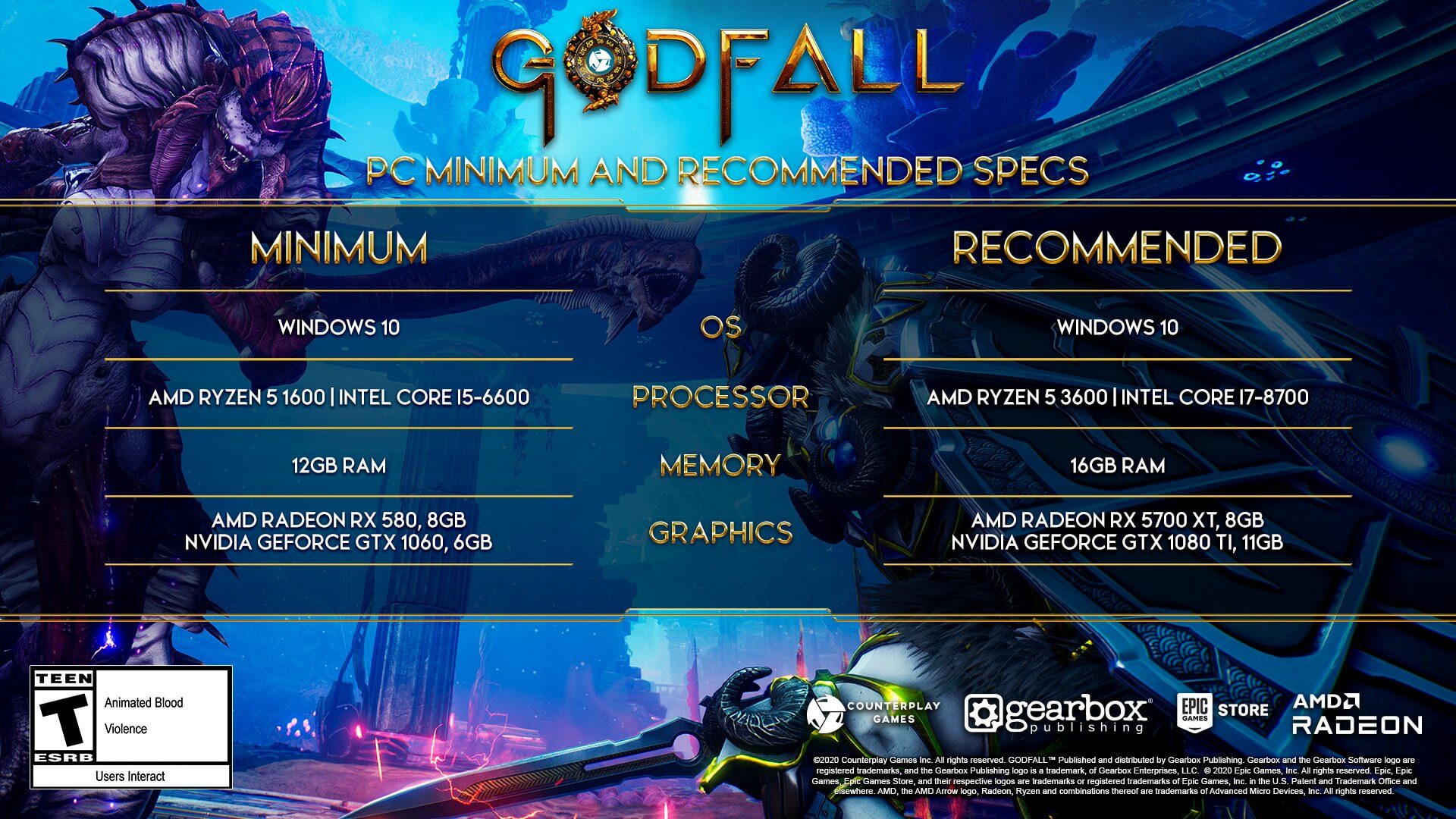