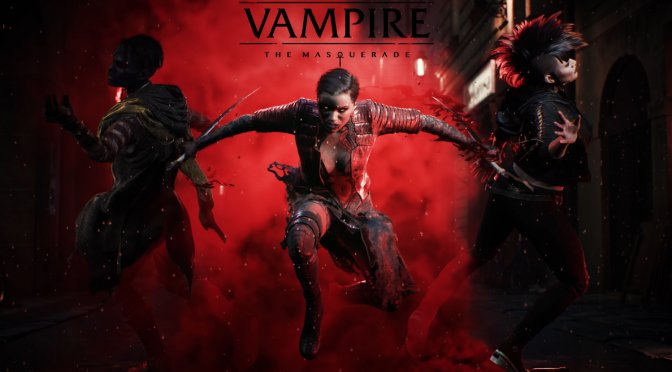 As we already informed you, Vampire: The Masquerade – Bloodlines 2 has been delayed until 2021. The title was originally meant to be released in May 2020, however Paradox Interactive and Hardsuit Games had other plans.

This means we are going to get two Vampire: The Masquerade games next year. A single-player role-playing game, and a Battle Royale multiplayer game.

Vampire: The Masquerade Battle Royale is being developed by a new studio from ex-Division and Hitman developers. They have also worked on games such as Far Cry 3, World in Conflict, and Assassin’s Creed: Revelations.

Vampire: The Masquerade Battle Royale will take place in Prague, where players will battle each other using a variety of weapons and supernatural powers. Also, the game will feature solo and team matches.

Below you can watch the official teaser trailer for Vampire: The Masquerade Battle Royale.

Thanks IGN and PCGamesN.