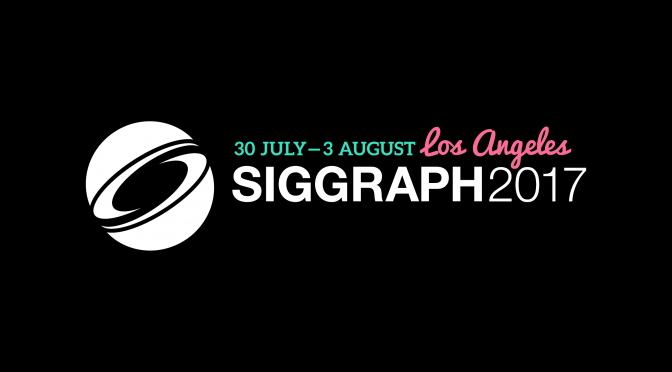 SIGGRAPH 2017, the world’s leading annual interdisciplinary educational experience showcasing the latest in computer graphics and interactive techniques, announces highlights of the innovative contributions to this year’s Games and Mobile programs. SIGGRAPH 2017 will mark the 44th International Conference and Exhibition on Computer Graphics and Interactive Techniques, and will be held 30 July–3 August 2017 in Los Angeles.

The SIGGRAPH 2017 Games focus spotlights creators, visionaries, and pioneers across the games industry, with presentations from leading interactive content creators. These achievements are presented in sessions and demonstrations throughout the conference week, and showcase advances in real-time rendering, runtime animation synthesis, asset creation, and much more.

Here are the highlights of this year’s SIGGRAPH:

Blizzard Entertainment Presents: The Making of the “Overwatch” Animated Shorts
Program: Production Sessions
Learn how Blizzard Animation had to radically alter some of its production workflows and much of the technology used to produce the six episodes of “Overwatch.” Using the groundbreaking GPU-based ray-tracing renderer Redshift, the “Overwatch” shorts represent an entirely new, cost-effective animation pipeline that allows rich, high-quality content to be created in a fraction of the time traditionally associated with pre-rendered workflows. Blizzard’s team will also share some of the strategies, tools, and techniques employed to create a world worth fighting for.

Evolution of AR in Pokémon GO
Program: Talks
Pokémon GO inspired user behaviors indicative of a successful augmented reality application such as sharing of photos with rendered characters and spontaneous real-world gatherings of thousands of people. This talk summarizes the evolution of the technical and design choices in Niantic’s products through Pokémon GO that achieved a mass-market AR application.

IL Gigante: Michelangelo’s David in VR
Program: VR Village
See Michelangelo’s “stone giant” in virtual reality. Walk around Michelangelo’s 17-foot (5-meter) statue of David and use a virtual scaffold to see the work up close as few have seen it before.

In addition to these highlights, the Games program is debuting two new experiences at SIGGRAPH 2017. First, an interactive VR Graffiti Wall for attendees at every level to enjoy. The wall is powered by spray-paint game “Ghost Paint.” Second, the all-new VR Film Jam will give two animation teams three days to turn animated short films into virtual reality experiences. Epic Games experts will be on-hand to assist both teams, which include a single female artist from School of Visual Arts with “The Moon is Essentially Gray” and a student from Silicon Valley’s Cogswell College with “Trouble Brewing.”

“There’s an amazing amount of content pertaining to game developers and people using game engines to power interactive experiences. Whether you’re shipping games on the latest hardware or using runtime technology to create interactive VR and AR experiences, there’s a ton of stuff to see and experience at SIGGRAPH 2017!”

It’s also worth noting that AMD will release the gaming variant GPU of the Vega architecture during this event, so stay tuned for more!