A lot of gamers have been waiting to hear about AMD’s approach to Ray Tracing. Recently a statement from AMD was also published by AdoredTV, where the manufacturer has confirmed that it will support ray tracing in all games that do not come with proprietary APIs and extensions, such as NVIDIA DirectX RTX or NVIDIA Vulkan RTX.

AMD confirmed that they would be only supporting the industry standards, which basically includes Microsoft’s DXR API and Vulkan’s Ray tracing API.

“AMD will support all ray tracing titles using industry-based standards, including the Microsoft DXR API and the upcoming Vulkan raytracing API. Games making of use of proprietary raytracing APIs and extensions will not be supported.”— AMD marketing.

Both Microsoft DXR or Vulcan ray tracing API industry standards are slowly getting more popular, and the launch of AMD’s RX 6000-series GPUs will also push game developers away from NVIDIA’s in-house implementation, or proprietary APIs.

The games have been benchmarked on 1440p screen resolution. The testing was done on the AMD Ryzen 9 5900X CPU platform along with 16GB DDR4-3200 memory on Ultra Game settings. 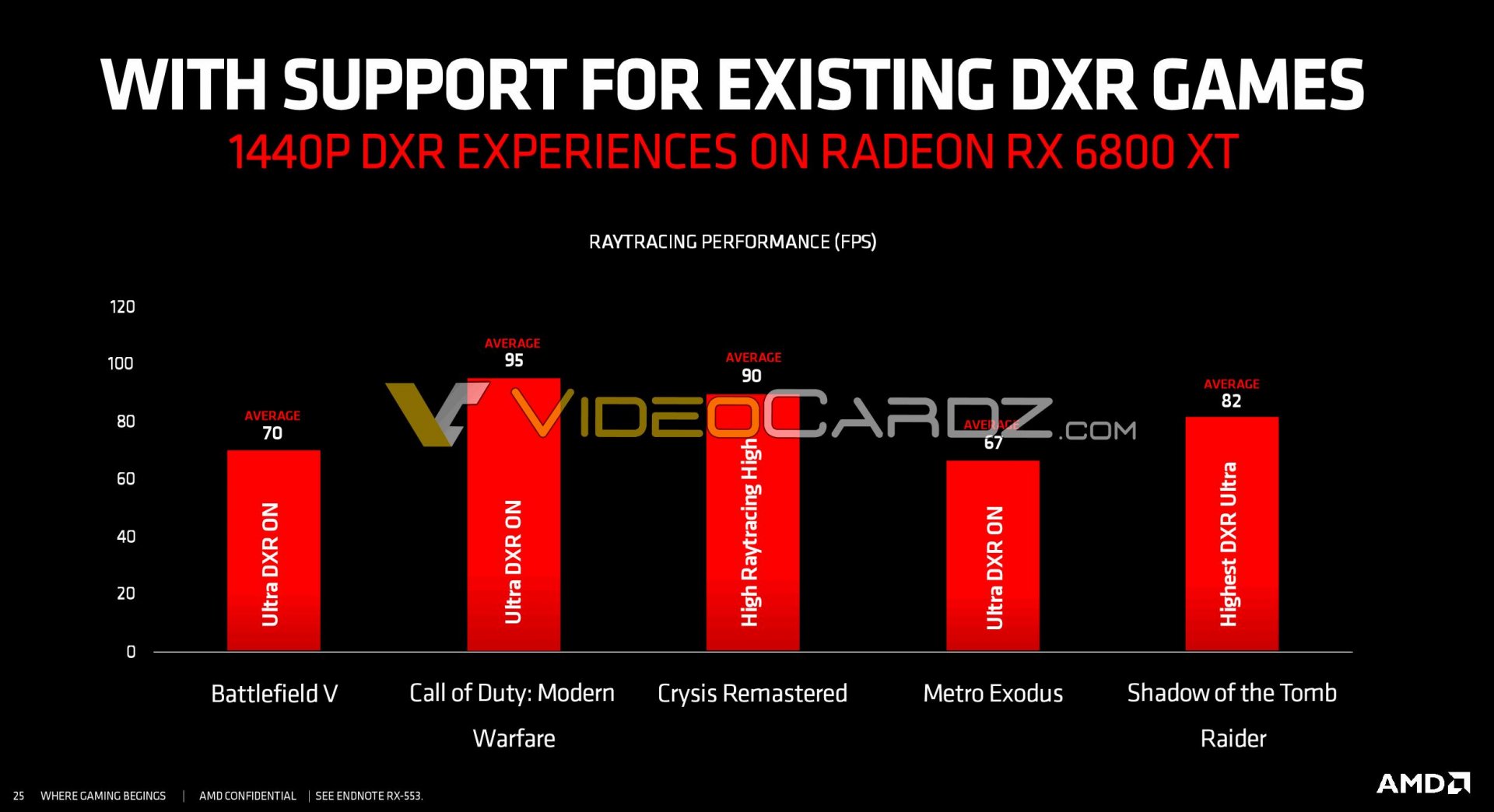 In Crysis Remastered an average of 90 FPS was measured on HIGH Ray Tracing Quality settings. Metro Exodus on the other hand was showing an average of 67 FPS on ULTRA DXR ON settings, which is the lowest score in this particular slide, since this game is obviously very demanding on the hardware.

Finally, in Shadow of the Tomb Raider, AMD claims the RX 6800 XT will offer 82 FPS on average on HIGHEST DXR Ultra settings.