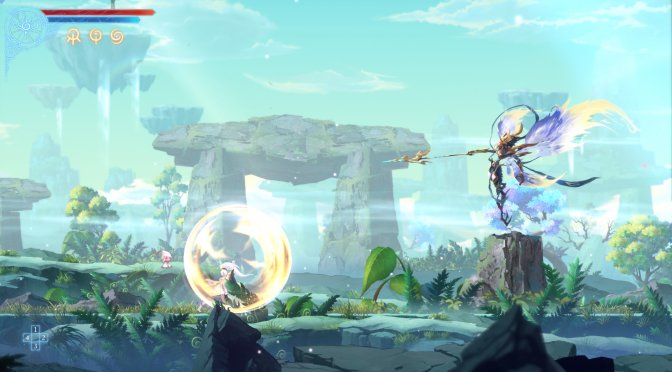 Aurogon Shanghai announced that its hand-drawn 2D Metroidvania game, Afterimage, will be coming to PC in late 2022. In order to celebrate this announcement, the team released a new gameplay teaser trailer that you can find below.

In Afterimage, players will explore Engardin; a mystical world created by a supreme deity full of beautiful sights and myriad secrets. Players will traverse over 15 hand-drawn environments ranging from towering volcanos to the ruins of an ancient metropolis. In this game, players will assume the role of Renee. Moreover, the game promises to feature 25-30 hours of gameplay.

“Move through Engardin’s different regions, challenging adversaries and encountering new gameplay mechanics in each area. Fight against more than 150 foes using various weapons and ten character abilities. Outfit Renee with two primary weapons and one secondary, swapping between them during free-flowing combat encounters to create custom fighting styles on the fly. Face off against strange creatures, avoid deadly traps, and overcome bosses while traversing Engardin.

Uncover the world’s deepest secrets by sliding, leaping, and climbing through complex environments. Encounter roaming bests, warm spirits, and friendly characters learning their stories and piecing together information about Engardin’s history to understand what befell the sublime landscape. Scour each map for secret paths, hidden chests, and powerful new abilities that increase Renee’s skills both in and out of combat to help her become the greatest warrior in the land.”

“The world of Engardin is full of magic and mystery. We are thrilled to reveal Afterimage today and look forward to sharing more about the game as we prepare to bring it to PC and consoles in late 2022!”