By this time, we all pretty much know that NVIDIA will shortly release the GeForce GTX1080Ti. And while the green team has not officially announced anything yet, a lot of people believe that it will reveal (and perhaps release) this GPU during a GeForce event at this year’s GDC 2017. And…. well… we now know for a fact that the GeForce GTX1080Ti is real, as the official packshot of Halo Wars 2’s retail version has revealed/leaked this brand new unannounced graphics card.

As we can see below, Microsoft and THQ Nordic list NVIDIA’s GTX1080Ti GPU for the game’s Ultra Requirements. 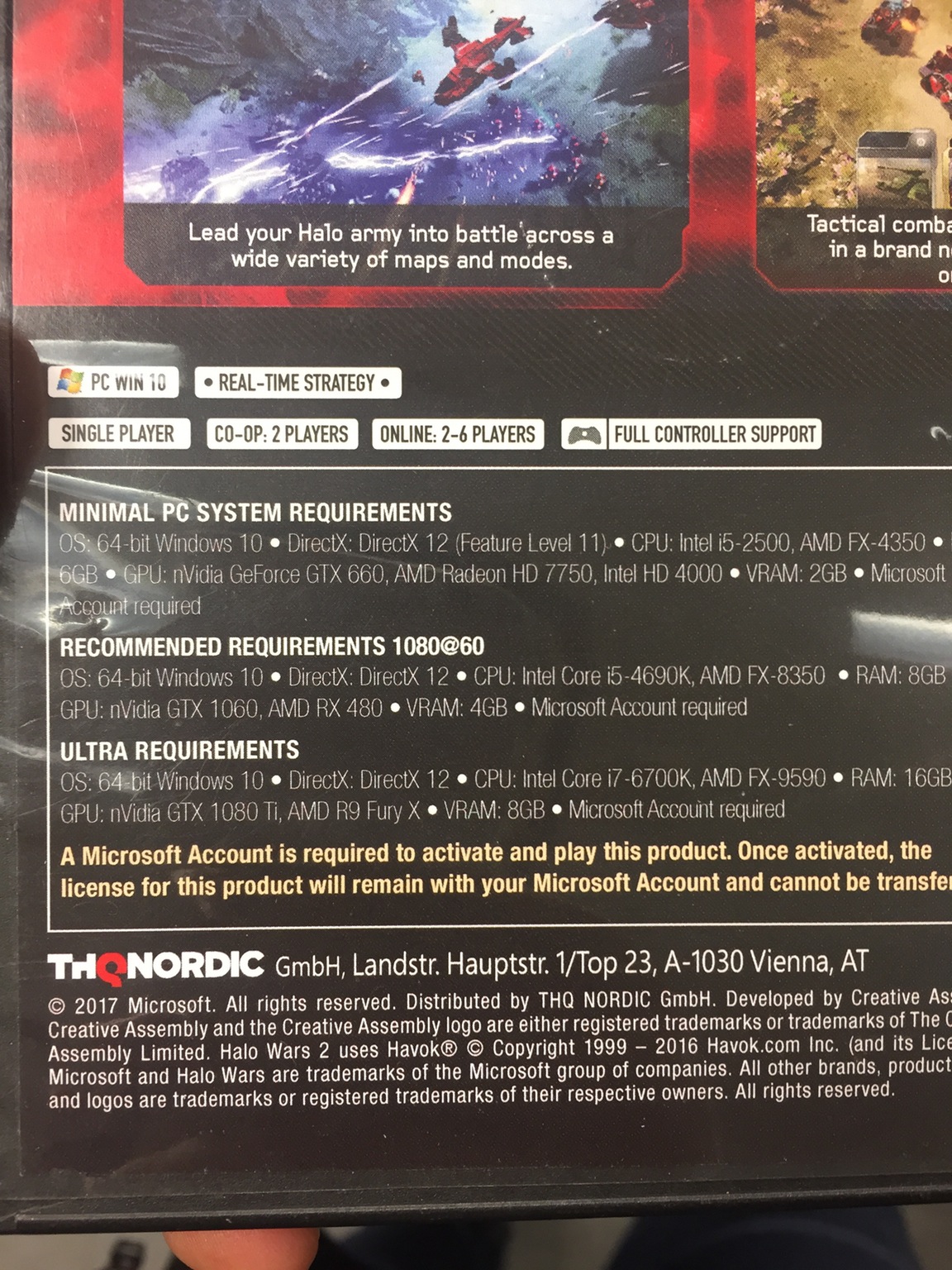 Do note that the retail version of Halo Wars 2 will be released only in Europe as its North American release has been cancelled.

So there you have it everyone, the NVIDIA GeForce GTX1080Ti is indeed coming (duh).