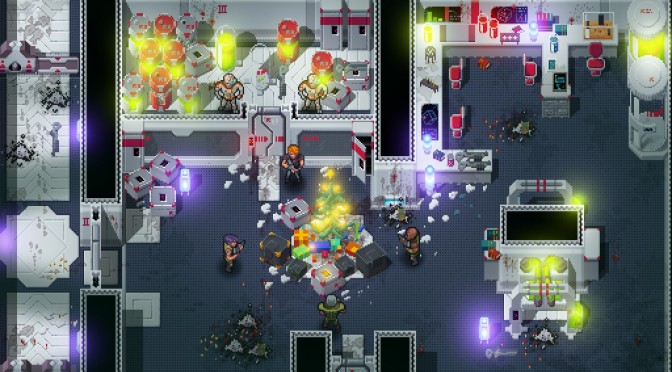 Robotality has revealed that its upcoming 2D isometric RPG, Halfway, will release on July 22nd and in order to celebrate it, the team has released a new trailer for it. Halfway is a turn-based sci-fi strategy RPG with survival elements, taking place a few hundred years into the future, and sports retro RPG visuals that will remind you of all those classic 2D RPGs from the SNES and early-PSX eras.

As the team noted, in Halfway you take control of a ‘small team of survivors faced with a violent invasion onboard the colonial vessel Goliath. As their leader you will guide them through the dark and cramped corridors of the ship to slowly take back the control.’

The game will release next week on Steam and Humble Store, and will come with a 10% discount in its first week of release.

Kudos to PCGamer for spotting it!