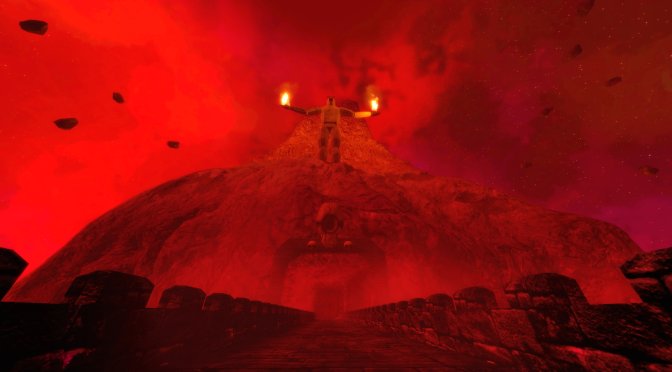 Modder ‘Velocity Punch’ has released the debut trailer of a Doom 2016-inspired total conversion mod for Half-Life 2, Half-Life: Reamped. Half-Life: Reamped takes place after the events of the first Half-Life game, and features fast-paced gameplay similar to what we got in Doom 2016.

“Years have passed since the Black Mesa incident. Since then, things have gone to hell. People are being killed by the millions by a force beyond our comprehension, the world is in absolute chaos, destruction washes over like a roaring sea of agony, and the human race is closing on its demise.”

So as I said, think of it as a mix between Half-Life and Doom. I mean, even the player movement and the combat itself feel similar to Quake and Doom.

Unfortunately, there is no ETA on when this mod will come out. However, we’ll be sure to keep you posted.

Speaking of Half-Life 2, you can also check out some other mods for it. There is a VR Mod that works wonderfully, and we highly recommend playing it. Entropy: Zero 2, a mod with a brand new campaign spanning seven chapters of content, is also available for download. You can also download a demo for a fan sequel to Opposing Force, Half-Life: Through The City. And lastly, there is a graphical overhaul that you can download, called Half-Life 2 Overcharged.