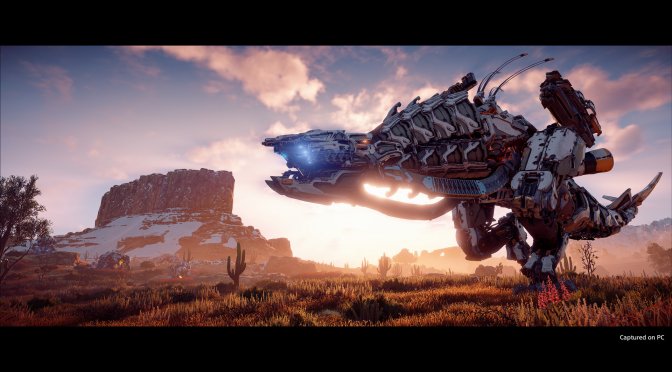 Guerilla Games has issued an official statement about the issues that will plague the PC version of Horizon Zero Dawn at launch. According to the team, some of the game’s animation will be locked at 30fps. Moreover, PC gamers may experience some stuttering issues in specific PC configurations.

Going into more details, Guerrilla claimed that some systems may experience a brief stutter during general world traversal, UI updates, quest updates, or camera swaps in cutscenes. Moreover, Anisotropic Filtering is not working in Horizon Zero Dawn. The team is currently looking into these issues and will most probably fix them via a future patch.

Regarding the 30fps animations, Guerrilla had this to say:

“Some animations are designed to only refresh at 30fps even if the game is running at a much higher frame rate.”

This is obviously an “optimization feature” that was present in the PS4 version. Unfortunately, we don’t know yet whether the team will be able to fix it. Still, the team is currently exploring how it can improve this with a future update

Additionally, and similarly to Detroit: Become Human, Horizon Zero Dawn will feature a Shader Compilation. According to Guerrilla, this can take an average of 10-15 minutes for most systems to complete. Once it’s completed, you won’t have to do it again unless you make a significant hardware change or update your video drivers.

So yeah, apparently things are not looking good for the launch version of Horizon Zero Dawn.

The game releases on August 7th, and we’ll be sure to share our first performance impressions on launch day.