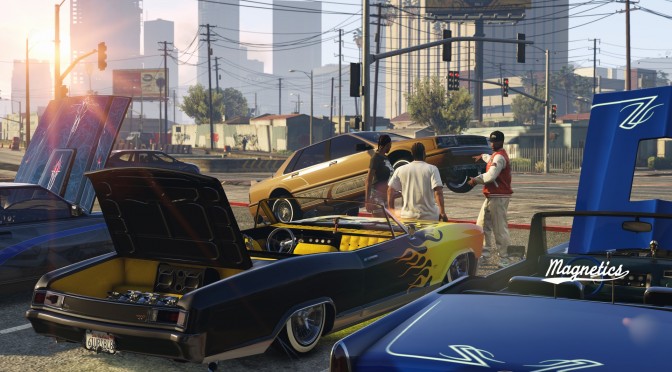 Rockstar Games announced that its latest update for GTA Online is titled GTA Online: Lowriders, and will be released on October 20th for the PC. This update will give players a suite of brand new options and a new place to go get them. This place is Benny’s Original Motor Works, a new customs shop in downtown Strawberry that offers a huge range of lowrider customizations.

Players can visit Benny’s website via a shortcut on their in-game phone to choose from a half-dozen select customizable vehicles – they can then take them to Benny’s for an upgrade that unlocks new custom lowrider mods. Players can deck out their engine block with covers and air filters, coat their interiors with velour, leather and patterns, choose custom colors and designs for their dials, or add a new steering wheel and custom shift levers. Players can also lift their cars with hydraulics and boost stereo’ performance with new speakers and subs.

Players can meet up with friends and fellow car enthusiasts to show off their new rides – use the Player Interaction Menu while inside or outside the car to open up the vehicle doors, hood and trunk.

Players should also keep an eye out for calls and texts from Lamar – he’s making moves of his own through a series of new Contact missions.

Thanks to this new update, Ammu-Nation now stocks the fully automatic Machine Pistol and Machete. The upwardly mobile can also expand their garage space and fleet of vehicles with the addition of the oft-requested fourth purchasable property. There’s also tons of new clothing, hair and accessory options as well as 3 new Adversary Modes and much more. 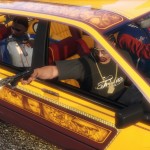 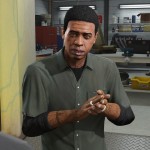 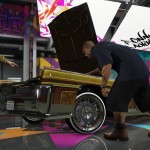 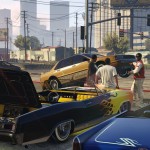 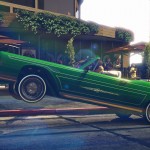