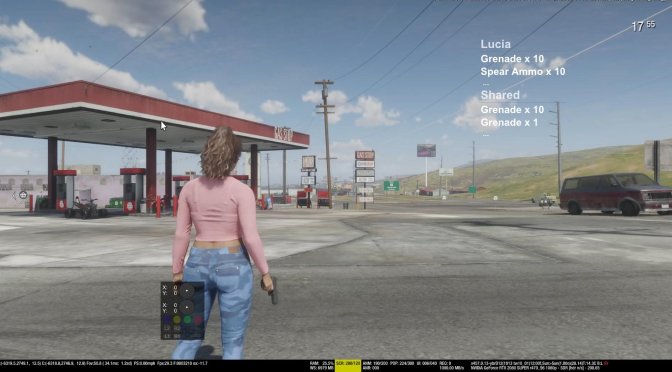 A few minutes ago, we shared a lot of gameplay clips from a WIP build of Grand Theft Auto 6. And from the looks of it, its leaker has already access to the game’s source code. Not only that, but the leaker shared publicly 10K lines of code.

This is one of the biggest gaming leaks we’ve seen to date. To be honest, this reminds me of the Half-Life 2 leak. Moreover, this GTA6 leak rivals the GeForce Now leak that occurred back in September 2021.

The leaker has claimed that they may leak the game’s WIP build in the future. This is obviously bad news for Rockstar and Take-Two. And I wouldn’t be surprised if Take-Two decides to delay this unannounced game (so that Rockstar can change major core parts of its source code). After all, a similar thing happened with Half-Life 2.

You can view the 10K lines of code from GTA 6’s WIP build here. I’ve also included below the game’s latest leaked videos.