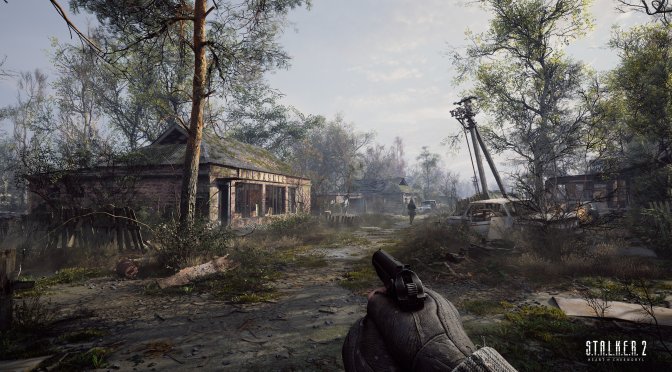 Earlier this week, GSC GameWorld announced that it would be implementing NFTs to S.T.A.L.K.E.R. 2: Heart of Chernobyl. NFTs are the latest trend in video games, and are even worse than micro-transactions. To put it simply, NFTs let you spend money so that you can digitally own something. They sound dumb, they are dumb, and they have no place in video games. And, after a huge backlash, GSC GameWorld decided to remove them from the game.

Now what’s funny here is that before deciding to remove them, GSC GameWorld tried to justify their inclusion. Below you can find the deleted message that GSC GameWorld shared yesterday. 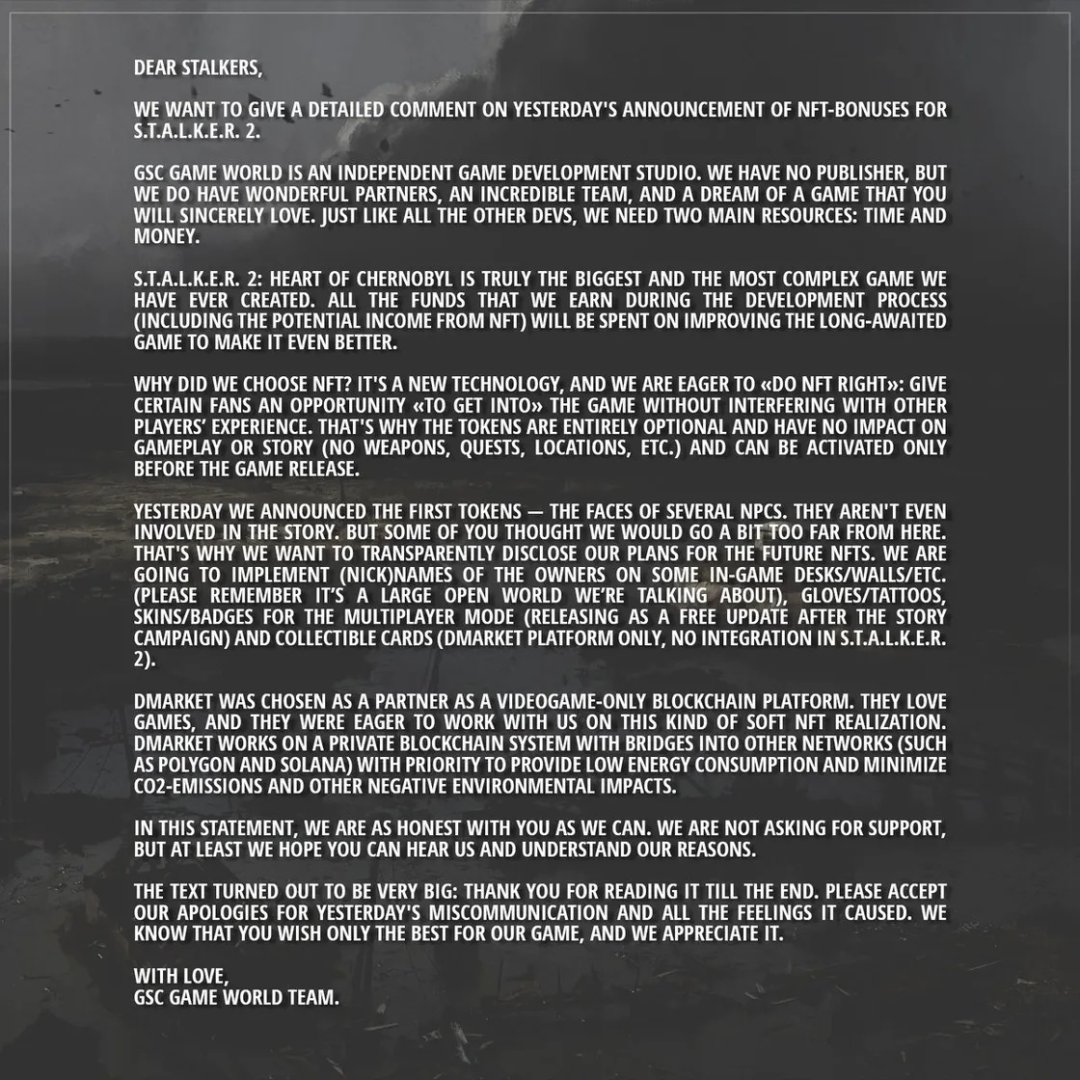 Needless to say that a lot of gamers weren’t happy with this explanation. And again, NFTs have no place in video games. Dear publishers and developers, stop following every trend that appears online and just focus on making great games.

Now the good news here is that after this huge backlash, GSC GameWorld decided to back-pedal and remove the NFTs from the game. 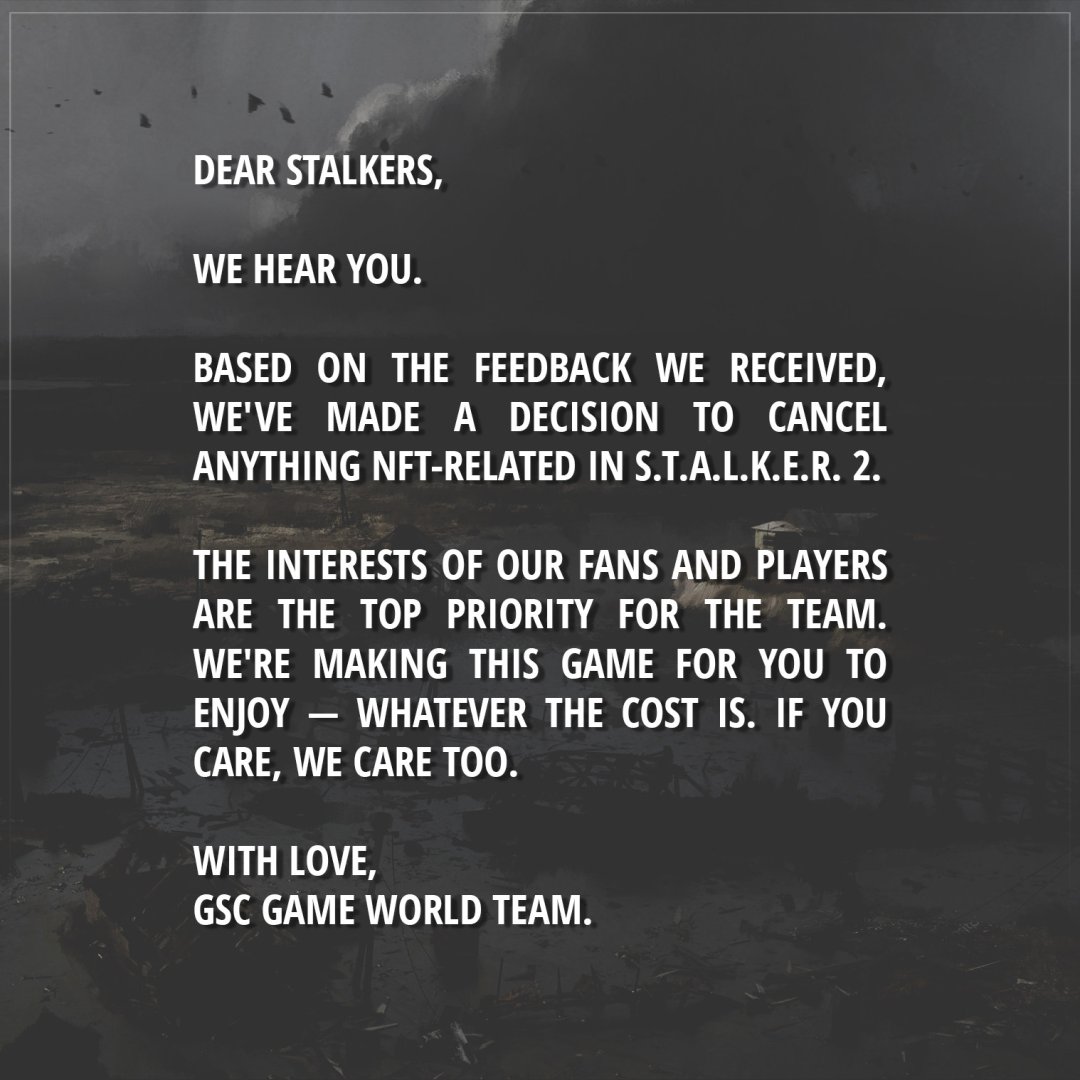 STALKER 2: Heart of Chernobyl is using Unreal Engine 5 and will release on April 28th, 2022.