Man, this is priceless. This GTA V PC announcement is by far the most hilarious thing we’ve ever witnessed (partially because it is coming, yet Rockstar is not confirming it yet). GameReactor claimed yesterday that pre-orders for GTA V PC would be starting today. Their source was Nordic retailer Elgiganten Sverige. However, this retailer has just confirmed – via its FB page – that its planned presale for GTA V has been postponed, meaning that there won’t be any announcement today. 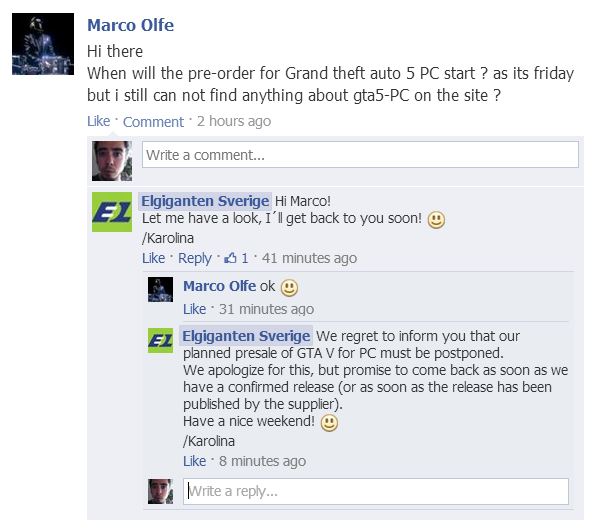 And this is precisely why we told you to take it with a grain of salt.

So, no GTA V PC announcement for us today. We all know that GTA V will eventually hit our platform, but the big question remains – when will it come and are those last year March 2014 rumors real or not?