God of War appears to be the best-selling Sony game on the PC so far. The game came out on January 14th and according to SteamSpy, it has sold at least 2 million copies on PC. 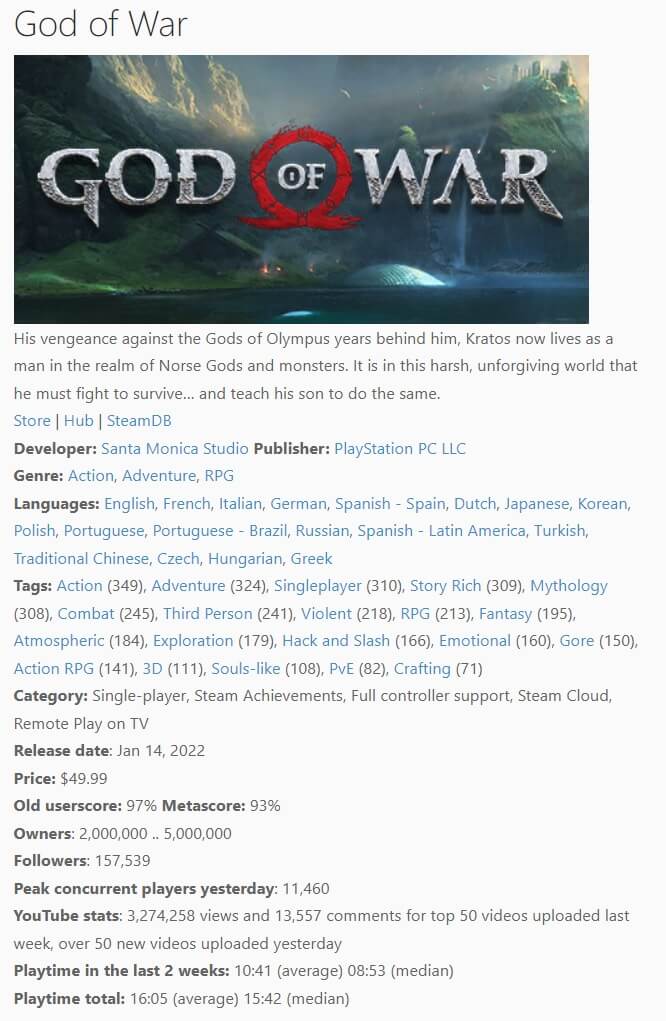 SteamSpy estimates that the game has sold between two and five million copies. Do note that SteamSpy only shows estimates for a game’s sales (based on the number of players who own a game). Also note that SteamSpy only tracks public profiles, meaning that those with private profiles (that own the game) are not counted. Therefore, and theoretically, the actual PC sales may be higher than two million. Let’s also not forget that God of War is available via other PC digital services, like Epic Games Store.

Now we are not saying that the game has sold 4 or 5 million. However, and according to these stats, it has definitely sold at least 2 million copies.

So, in just a month, the PC version of God of War has managed to hit its 2 million goal. This may explain why Sony considers GoW a big success on PC. It’s also worth noting that Santa Monica and Jetpack Interactive have already released six patches for this game.

Be also sure to read our PC Review and PC Performance Analysis for God of War!