God of War came out on PC on January 14th and from the looks of it, this latest Playstation-exclusive game is selling well on our platform. The game has been the best-selling title on Steam in the past two weeks and according to SteamSpy, it has sold at least one million copies.

Right now, SteamSpy estimates that the game has sold between one and two million copies. Do note that SteamSpy only shows estimates for a game’s sales (based on the number of players who own a game). Also note that SteamSpy only tracks public profiles, meaning that those with private profiles (that own the game) are not counted. Therefore, and theoretically, the actual PC sales may be higher than one million. Let’s also not forget that God of War is available via other PC digital services, like Epic Games Store. 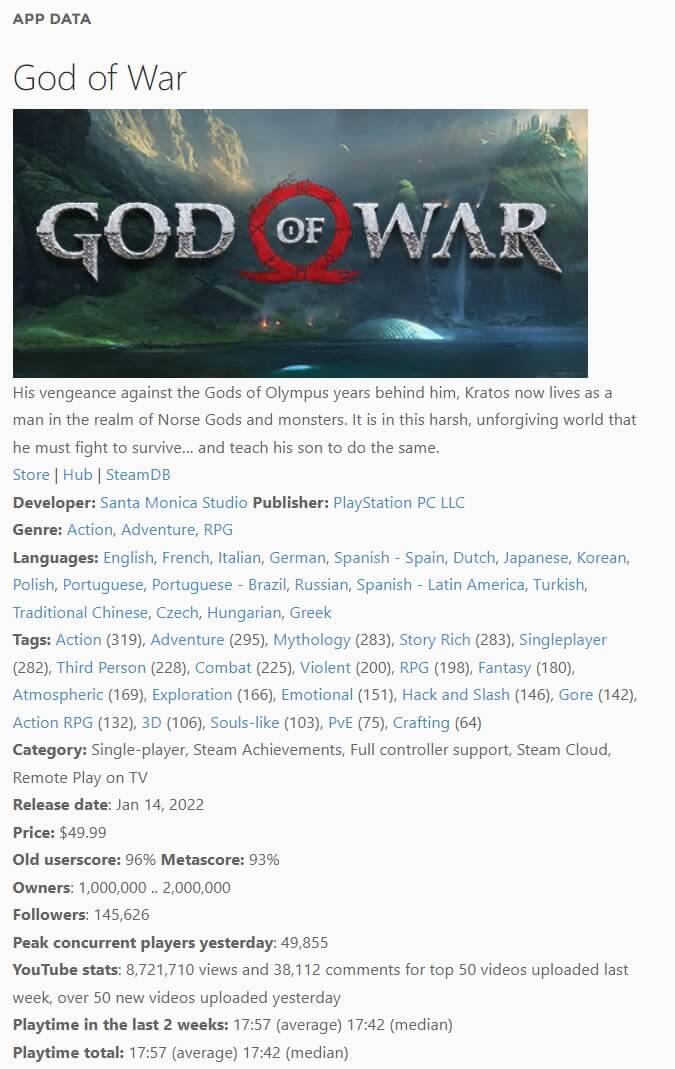 To be honest, God of War deserves those sales as the PC version is in a great state. The game runs smoothly on a wide range of PC configurations, and feels great with K&M.

As we’ve already reported, God of War does not feature any FOV slider (mainly due to its one-cut game design). Still, PC gamers can download this experimental FOV mod.

Our PC Review for God of War will go live later today, so stay tuned for more!