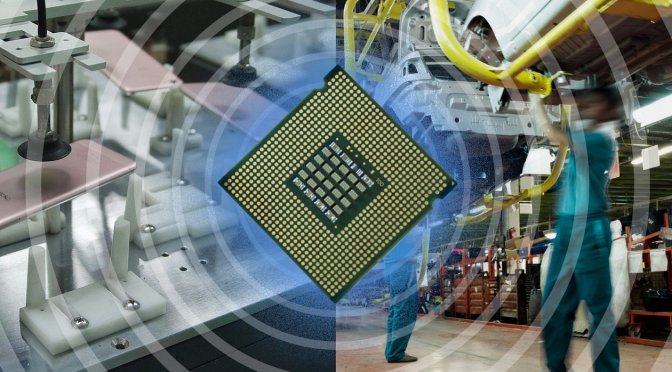 As expected there is more unsettling news for gamers who were hoping that the GPU shortage situation would rather improve later this year. Because according to several industry analysts, GPU stock is going to suffer through until 2022, and because the demand for chips now exceeds supply by about 30%, it will take almost three or four quarters for the supply to catch up with the demand.

This means that chip shortages are going to last till 2022, at the very least.

Your chances of buying an AMD, Intel, or Nvidia gaming GPU might get affected by this market trend, and we already know the current demand and supply condition, and it has been almost nigh impossible to buy a gaming GPU/CPU or a console since last year or so.

However, despite the issue of supply, the stock value of chip makers has reached a record high during this time, though we are not concerned about this issue. According to J.P. Morgan analyst Harlan Sur, coming via MarketWatch, demand is currently between 10% and 30% all time high than the current output, which could take up to a year for foundries to catch up.

Even though once that period is over, it could take an additional three to six months getting the chips into the hands of chipmakers like Intel, AMD, and Nvidia, and to replenish all the distribution channels as well.

Since last year’s pandemic disrupted the world’s economy, the demand for semiconductors is generally at an all-time high. Furthermore, these chips are getting more complex as well as harder to produce.

“We believe semi companies are shipping 10% to 30% below current demand levels and it will take at least 3-4 quarters for supply to catch up with demand and then another 1-2 quarters for inventories at customers/distribution channels to be replenished back to normal levels,” said Harlan Sur, an analyst with J.P. Morgan.

Harlan Sur further added that the demand for GPUs is 10-30% greater than how many cards are actually being made (amount of chips produced).

According to Financial analyst Christopher Rolland of the Susquehanna International Group, chip shortages could get even worse as we head into spring, after countries cease lockdowns and economies restart.

Moreover, Areej from Hardware Times has reported that AIBs like Gigabyte, Asus, MSI, and others are currently receiving fewer than 20 units of Nvidia RTX 3080 graphics cards per country in the South Asian region, with China being the only exception with around 100 units this month.

I have also mentioned earlier that the availability of Nvidia’s RTX 30-series “Ampere” GPU lineup is going to get worse by Q1 2021.

Maribel Lopez, principal analyst at Lopez Research, explains that the current semiconductor industry is facing a “perfect storm” of demand and supply, which is unlikely to be resolved anytime soon.

“Unless we have a major economic meltdown, which is obviously possible, one of the things that’s happening right now is that almost anything you buy is going to have a chip in it. You can’t buy a dumb product.”- Maribel Lopez.

Matthew Sheerin, an analyst with Stifel had to say this:

“We do not see any major correction on the horizon, given ongoing supply constraints as well as continued optimism about improving demand in 2H21. We remain more concerned with continued supply disruptions, and increased materials costs, than we do an imminent multi-quarter inventory correction.”

TSMC plans to spend and invest $28 billion to expand its facilities throughout the year, but it’ll take months to build and install the equipment needed to fabricate these chips.

We also know by now that Scalping has become one of the most frustrating things to happen lately, which in turn has affected and disrupted the whole PC hardware and the console gaming market as well.

Scalpers had the opportunity to buy a product for the sole purpose of just making a profit out of it, and more specifically for selling it at a much higher price than the initial MSRP. On top of that, the astronomical rise in the price of cryptocurrency has started another “Mining craze” resulting in severe GPU shortages and price hikes lately. Sadly, this whole situation is not going to improve anytime soon.

It has been nigh impossible to buy any gaming GPU or CPU at least at the minimum MSRP rate set by companies. The demand continues to outstrip supply thus leading to a global shortage of these gaming cards. This is going to get worse further down the line, which certainly is bad news for gamers.

To sum this up, the current situation of demand outweighing supply is predicted to last for another three or four quarters, and then followed by a further one or two quarters “before” inventories can reach normal levels.

So it’ll be sometime in 2022 before the whole global industry gets back to normal, hopefully. But I digress.