GDC Europe 2015 is just around the corner and a new official survey surfaced, showing the PC as the most popular platform for European developers. This survey was conducted among 250 European games industry professionals who have attended GDC shows or/and plan to attend this year’s GDC event. 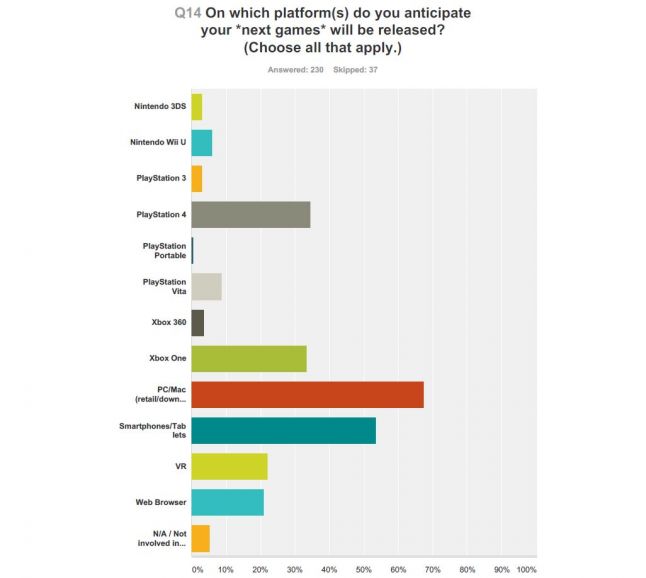 The second most popular platform is the mobile (smartphones/tablets). 50 percent of the respondents said that their game will be coming to smartphones and/or tablets.

In other news, the most popular VR platform is no other than the Oculus Rift, followed by SteamVR and then Sony’s Project Morpheus. 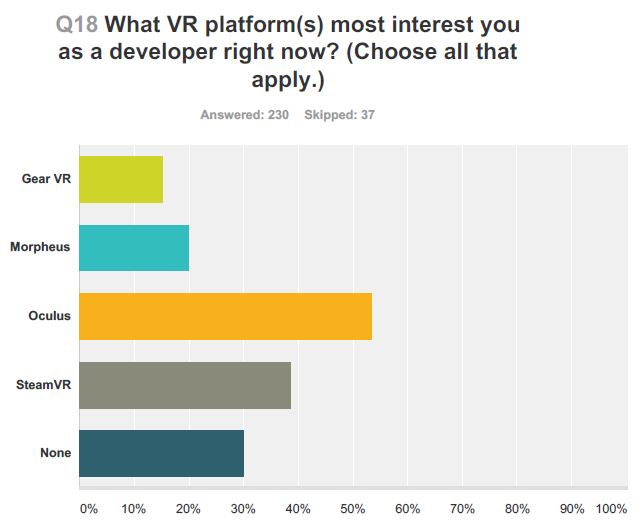