Game of Thrones, the hugely anticipated video game based on the George R.R. Martin’s “A Song of Ice and Fire” series of novels, is set for release early-June 2012 in the UK and Ireland, announced distributor Koch Media today. Having already sold over 15 million novels around the world, as well as being made into a critically-acclaimed TV show on HBO, this incredible fantasy world is now brought to vivid life on console and PC in an action RPG that boasts all the vengeance, allegiance, betrayal and honour fans have come to expect from the series.

Offering a brand new story developed with creative input from Martin himself, Game of Thrones is a stunning action role-playing game that throws fans into a rich, fantasy environment as they engage in a heart-pounding quest for the famous Iron Throne.

Playing as either Mors, Sworn Brother of the Night’s Watch, or Alester, a Red Priest in search of redemption, players can expect to visit familiar locations from Westeros, such as The Wall and the famous King’s Landing, while well-known faces you’ll encounter include Queen Cersei, Varys the Spider and Jeor Mormont, Lord Commander of the Night’s Watch.

In Game of Thrones, players have full control of their character’s development; choose your character’s class, find your fighting style, develop a balance between your strengths and weaknesses, and take part in epic battles. Find, buy or loot new equipment and weapons to fit your fighting style, and gain experience to improve your abilities. Likewise, political skills can be every bit as lethal as a sharpened sword, so never underestimate the power of a silver tongue when it comes to solving a critical situation!

?An epic Action/RPG offering an original story based on the best-selling novels, “A Song of Ice and Fire” by George R.R. Martin
?Lush, fantasy visuals powered by Unreal Engine 3.
?Visit familiar places and meet well-known characters, faithfully reproduced from the TV series
?Play the game from the viewpoint of two different charismatic characters, each with their own background and skills
?Progress the way you choose: get involved in epic fights, or try to solve explosive situations through dialogue!

Developed by French studio Cyanide and published by Focus Home Interactive, Koch Media is scheduled to distribute Game of Thrones on the X360, PC and PS3 for early-June 2012. 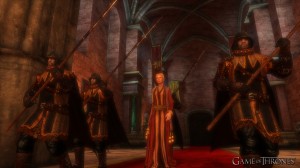 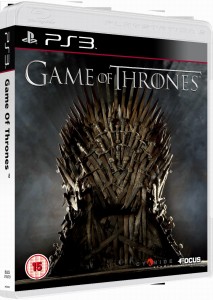 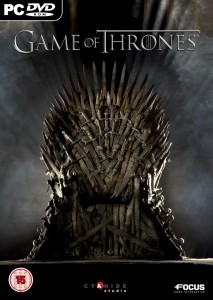 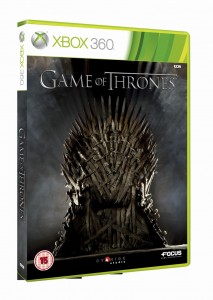