IceValk Entertainment announced today the release of perhaps the most stylish First person Adventure ever created – G.R.U.N.T.S. for PC. G.R.U.N.T.S. will be released as an episodic game and its first episode is available right now. You can view some screenshots and download its demo after the jump.

Overly stylized visuals never seen before fused with an engaging Sci-Fi story blend this package together. Featuring classic throwbacks to brigther days of gaming and alot of tongue in cheek humor, G.R.U.N.T.S. works even on older, not so high end PCs that don’t cost a fortune.

The stylized virtual reality of the uroboros has been attacked by a mysterious entity. As participant within the program, it is up to you to rid the system from all sorts of bugs, viruses, trojans and worm. Your personal uplink informs you about anything happening within the system, be it trivial or unimportant.

The first of a total of 5 Episodes is now available for PC for unbeatable 4.99$ . The following months will see the release of the remaining Episodes.

The DEMO for the game can be downloaded from here. 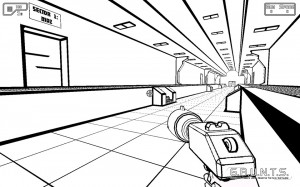 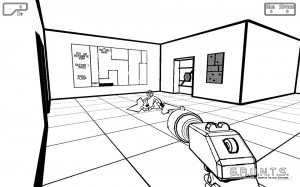 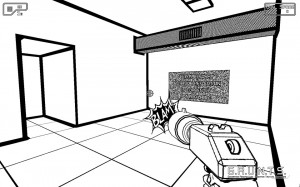