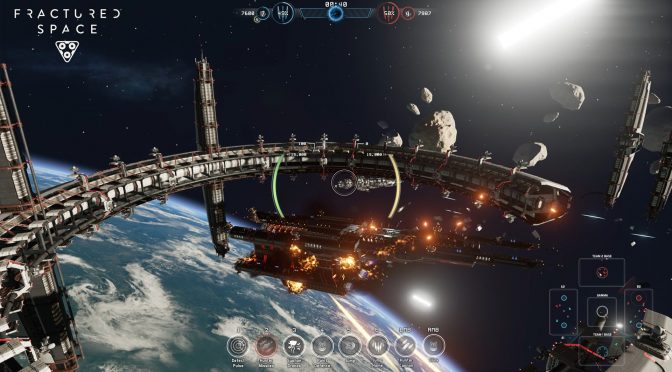 Edge Case Games today announced that Fractured Space has attracted over one million players. The team is celebrating with a new Phase 1.5 game update bringing players a free Halloween crew member, a cracking new ship and much more.

Fractured Space, which officially launched one month ago, pits two teams of five giant capital ships against each other in matches that highlight teamwork and strategy with MOBA-style lanes and sectors as players work together to destroy the enemy’s team base.

The game’s new update adds an undead crew member, repair specialist Ridley J. Fincher. Ridley is free to every player who logs in from today through November 3rd.

The game has more than 30 “equal but different” ships ranging from damage-dealing cruisers to long range snipers to helpful support ships to more specialized spaceships that can cloak to ambush, grapple another ship to pull it close or blink to surprise attack and escape.

With the update, the game’s streamlined Frontline mode can now be played in both solo and co-op modes as well as multiplayer, providing a simple, single lane map and a 10-minute limit before the game goes to sudden death overtime. As before, the main Conquest mode can be played in solo, co-op and multiplayer to offer varied gameplay possibilities with three lanes, five sectors and an epic endgame scenario to destroy the enemy base.