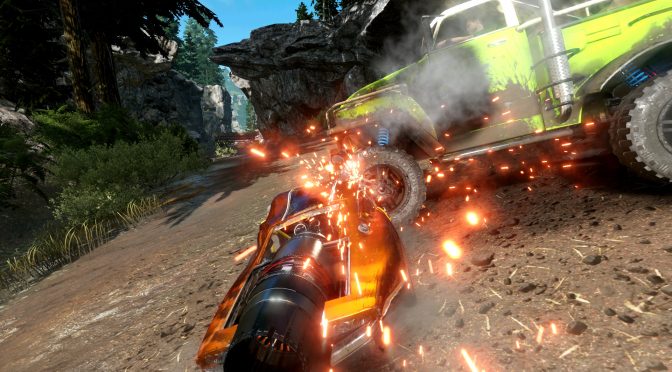 Strategy Fist and Kylotonn Games have just announced that FlatOut 4: Total Insanity will be coming to Steam this April. The Steam version will be enhanced to take advantage of Steam’s special features, such as Steam achievements and Steam Trading Cards.

As the press release reads, in the Steam version of the game, fans will smash, burn and cause mayhem competitively in both online and offline races.

The game’s illustrious nitro boosts let players dominate the race course, while violently ramming into rival racers at breakneck speeds in a wide variety of tracks, arenas and game modes.