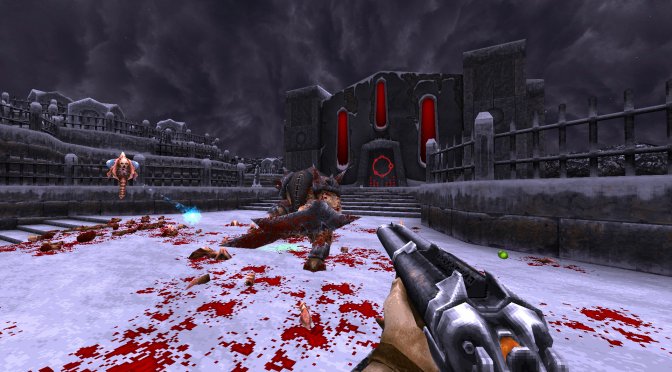 3D Realms has released the first patch for its old-school first-person shooter, WRATH: Aeon of Ruin. This patch adds support for 21:9 monitors and increases FOV limit to 120. Moreover, it increases mouse sensitivity increments for fine tuning and improves skyboxes.

Alongside the aforementioned improvements, this update adds an option to delete player profiles, as well as an option to toggle blood decals. Furthermore, it  adds a fourth difficulty option “Outlander” and increases item pickup bounding box size.

3D Realms has also revealed some of the changes and improvements that will be coming in future patches. For instance, the team will further improve the enemy AI, will add crouch sliding, and will bring a number of performance, optimizations and UI scaling improvements.

As always, Steam will download this first update for WRATH. You can also find its complete changelog here.