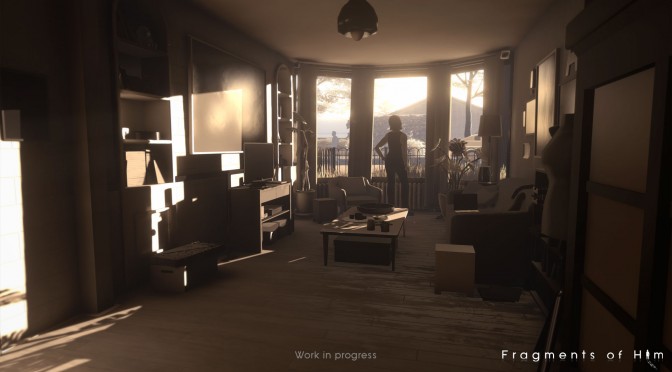 SassyBot Studio has announced its title, the first-person drama Fragments of Him, is coming to Xbox One and PC in 2016. The Dutch studio has also given a first look at the game’s main characters in the new official cinematic trailer that can be viewed below.

Fragments of Him follows the aftermath of protagonist Will’s sudden death, and how the lives of those close to him are affected by this loss.

Players re-live the final moments of Will’s life in a story-driven first-person experience, and discover the memories of the people he leaves behind. People such as his boyfriend Harry, who returns to an empty apartment filled with reminders of his partner; Sarah, an ex-girlfriend who later became a good friend to the couple; and Mary, a grandmother feeling alone and betrayed by a society she barely recognises.

“We wanted to approach death as a topic in a way that is very uncommon for video games but very present in the lives of many. What happens when you lose someone you loved suddenly, how do you manage to carry on? We think videogames are an ideal medium to take players on such an emotional, human, and comforting journey. After the overwhelming feedback we got on our first prototype of Fragments of Him, which was an entry in a 2013 Ludum Dare game jam, we knew we had to fully realise our initial vision of Fragments of Him.”

Fragments of Him Cinematic Trailer