Intel has shared the first gaming benchmarks for both its Arc A750 and Arc A770 graphics cards. According to the blue team, the Arc A750 will be on par with the RTX 3060. On the other hand, the Arc A770 promises to offer significantly better performance than NVIDIA’s GPUs.

Intel shared a lot of gaming benchmarks, covering most available APIs. And yes, Intel did share some DX11 benchmarks. To its credit, Intel stated that in some games, the Arc A750 did not perform as well as the RTX 3060. Naturally, there were also some games that favored the Arc 750. Overall, though, Intel claims that the Arc 750 will offer similar performance to the RTX 3060. 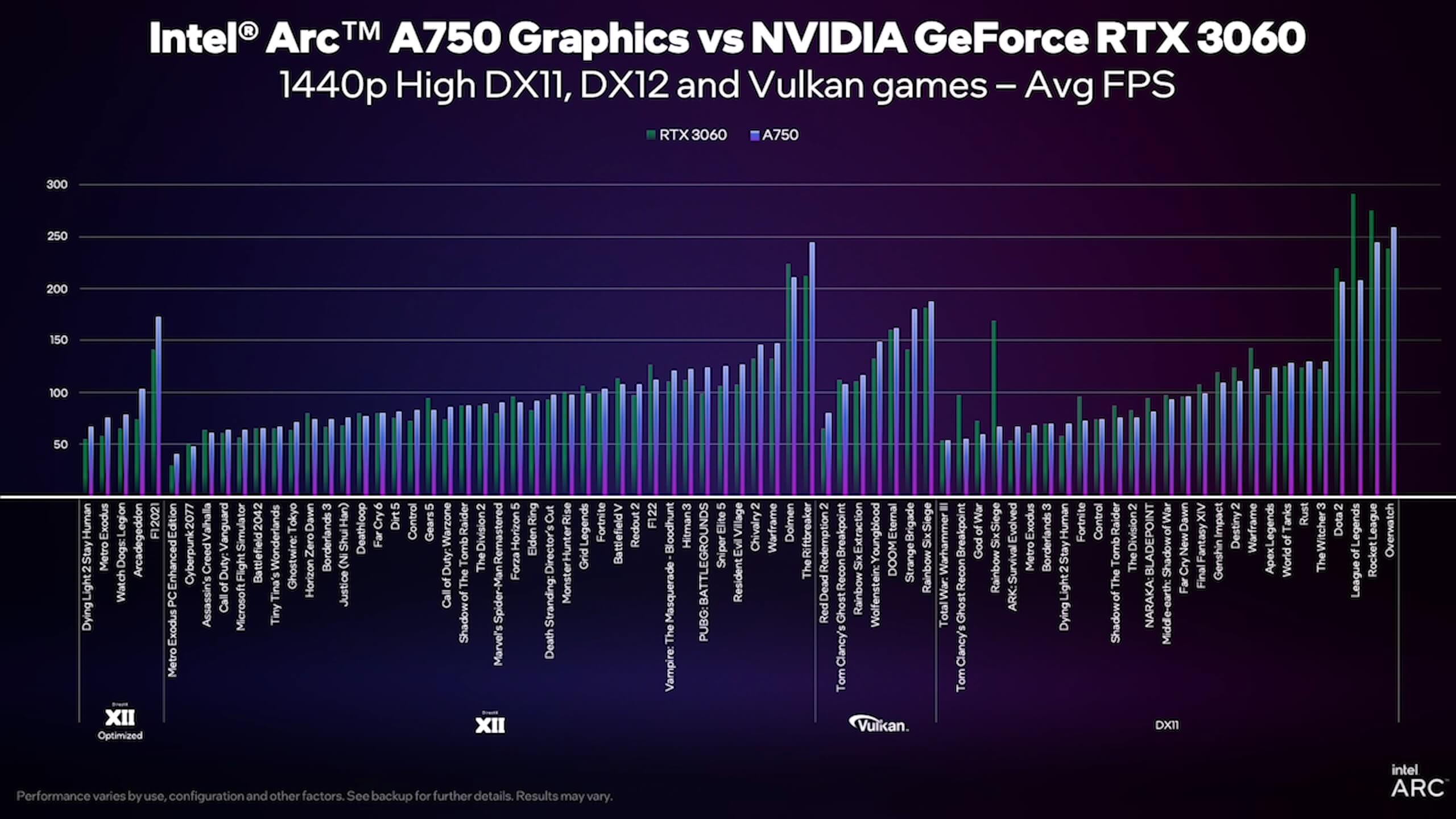 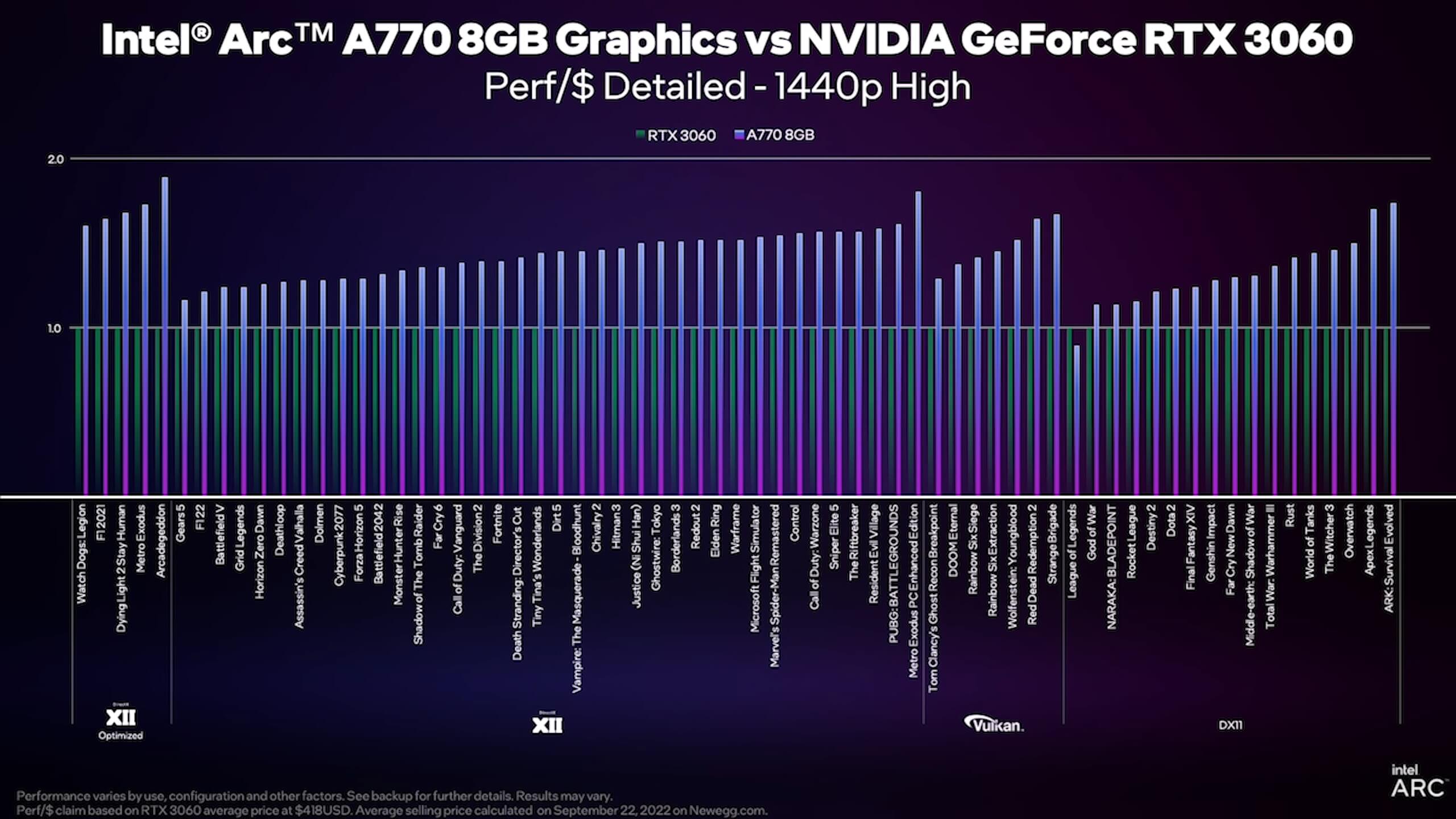 As always, we suggest waiting for some third-party benchmarks (which will most likely appear online a day or two prior to Arc A750’s and Arc A770’s official launch). From the looks of it, though, and given the fact that NVIDIA will only launch high-end GPUs for its 40 series, Intel may have a fighting chance here. That is of course unless AMD wipes the floor with its RDNA3 GPUs.

Intel will officially launch the Arc A750 and A770 GPUs on October 12th!