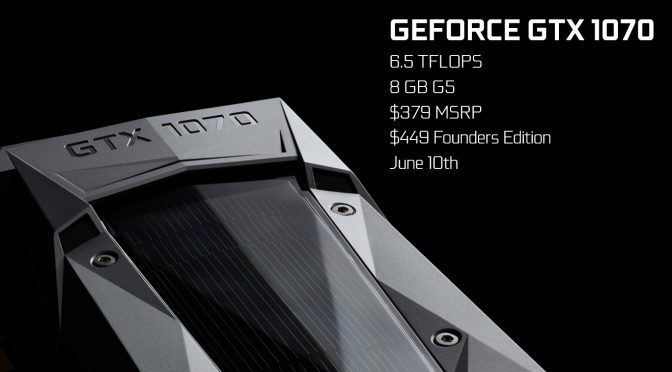 The NDA for the NVIDIA GTX 1070 lifts tomorrow, however it appears that the French website ‘Clubic‘ published its benchmarks earlier than anticipated. While Clubic was quick to react and disabled its article, NeoGAF’s member ‘DieH@rd‘ was able to save the graphs.

As we can see, the NVIDIA GTX 1070 is reported to be slightly faster than the GTX Titan X and the GTX 980Ti. Moreover, it appears that this GPU is faster than the Radeon Fury X in a lot of games (only Ashes of the Singularity appears to perform better on AMD’s flagship).

What’s also interesting here is that the GTX 1070 will be priced at $379 and is planned for a June 10th release (that’s the price of the regular card. Do note that as with the GTX 1080, only its Founder’s Edition will be initially available for purchase, meaning that it will cost $449).